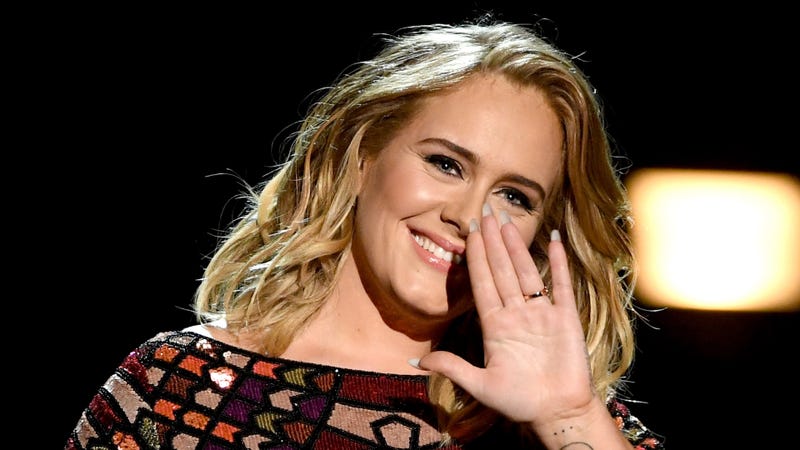 Adele has taken the term “fangirl” to a whole new level after becoming the proud owner of a piece of gum chewed by Celine Dion.

The 33-year-old referred to the sticky wad as one of her “proudest possessions” during a recent interview with Vogue, sharing it is framed on a wall in her home.

As it turns out, her close friend, James Corden, is to thank for it. Yeah — we weren’t surprised to hear that either…

“James Corden — who’s a friend of mine but also does Carpool Karaoke, which I did — he did it with her and knew how much of a fan of her I was,” Adele shared. “And so he made her spit her gum into a piece of paper and he framed it for me, and it’s my proudest possession!”

It really is the little things in life, huh?

Last week, Adele debuted her first single in six years, “Easy On Me,” and revealed plans for the release of her fourth studio album, 30, <a href="https://www.au