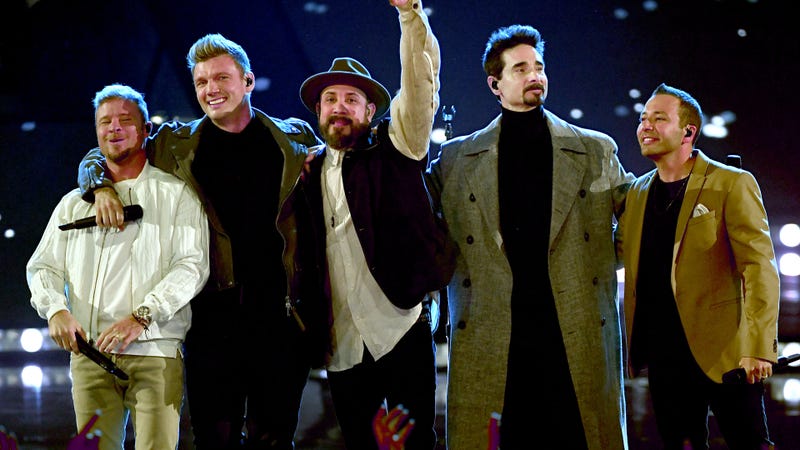 25 years later and Backstreet's back! On top of Billboard's Adult Contemporary radio airplay chart that is. Thanks to the band's cover of Wham!'s "Last Christmas,” BSB is #1 for the first time since 1999.

Their first chart-topper since "I Want It That Way,” which dominated the spot in July 1999 for 10 weeks, “Last Christmas” gains the boy-turned-man band the record of group with the longest break between number ones, 23 years to be exact.

That’s right, BSB has claimed the title, beating out the Eagles, who previously held the group record after spending a week shy of 20 years between their number ones, 1975’s "Best of My Love" and 1995's "Love Will Keep Us Alive.”

Bouncing back into the Christmas game, “Last Christmas” is just one of the many tracks part of BSB’s holiday LP, A Very Backstreet Christmas, of which another track, “Christmas in New York,” is currently climbing up the charts, rising to the new peak of No. 19.

In other Backstreet news —  to make things extra special this holiday season, BSB will bring their new LP to life with their very own TV special, A Very Backstreet Holiday. Be sure to catch it December 14 airing at 8PM ET on ABC.