Debris from a United Airlines plane fell onto the ground during an emergency landing on Saturday.

The plane was forced to make an emergency landing after one of its engines burst into flames and suffered engine failure.

One video shows the plane landing as many travelers in the background can be heard clapping for the pilot. The clip was shared in a tweet by Marc Sallinger, a reporter at 9NEWS, an NBC affiliate in Denver.

United flight 328 lands at DIA after losing part of its engine en route to Hawaii. Debris fell into a neighborhood in Broomfield as passengers onboard described a loud bang.

You can hear passengers clapping when the plane touched down.

The video shows the outside of a passenger's window during the last moments of its descent as it hovers over the runway before fully making contact with the ground.

Upon landing, passengers can be heard cheering and clapping on the fllight.

Passengers left Denver and were heading to Honolulu on United Flight 328. While flying through the sky, one of the engines was on fire, and the plane landed safely at the airport in Denver. 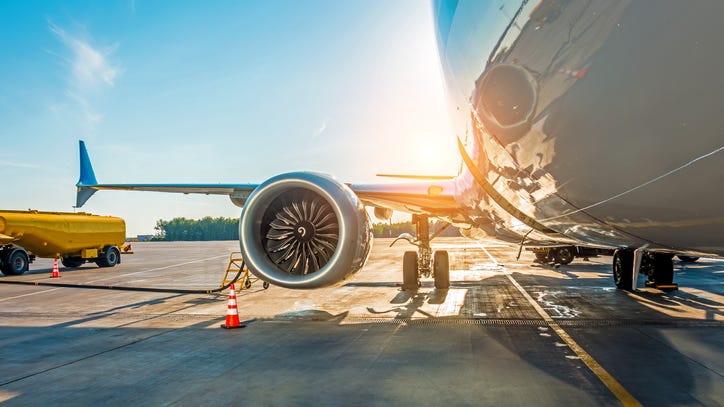 Debris falls from United flight during emergency landing near Denver

The Federal Aviation Administration confirmed that the plan experienced a right engine failure after takeoff.

In a United Airlines statement, the company confirmed that the airplane landed safely, and most of the passengers boarded a new flight and traveled to Hawaii. However, those who did not want to travel were given hotel accommodations.

Barbara Underwood, a passenger on the flight, said that she knew something was wrong when she saw the engine in flames during her flight home to Hawaii.

“I turned my texting back on and said my final goodbyes to our children. Now we didn’t know what was going to happen. It was pretty terrifying,” Underwood said.

Underwood witnessed the terrifying experience with her own eyes as she looked out the window and noticed that the engine looked like it was shaking.

“And that ring thing around it just flew off and then it was just smoking. And I was just like, ‘Oh my gosh, I don’t know what’s going to happen next,” Underwood added.

She said most travelers onboard did not realize what was happening.