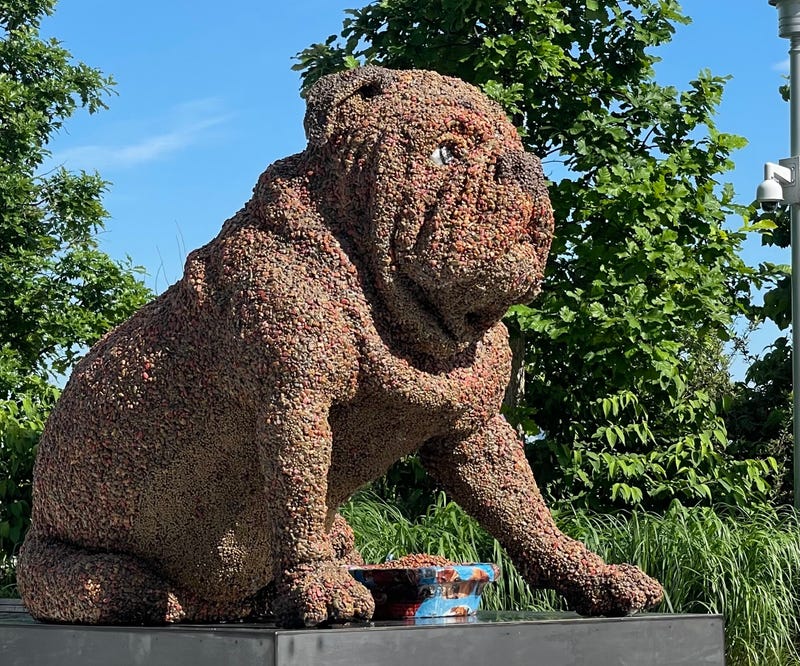 NEW YORK (1010 WINS) – A giant sculpture of a bulldog made entirely of dry kibble at a Brooklyn park comes with a message for dog owners.

“One Sad Kibble Dog” at Williamsburg’s Domino Park is meant to illustrate how feeding dogs processed instead of fresh food may not be the best choice.

The sculpture was put up by pet food company Freshpet and is meant to show the unnatural staying power of dry food. 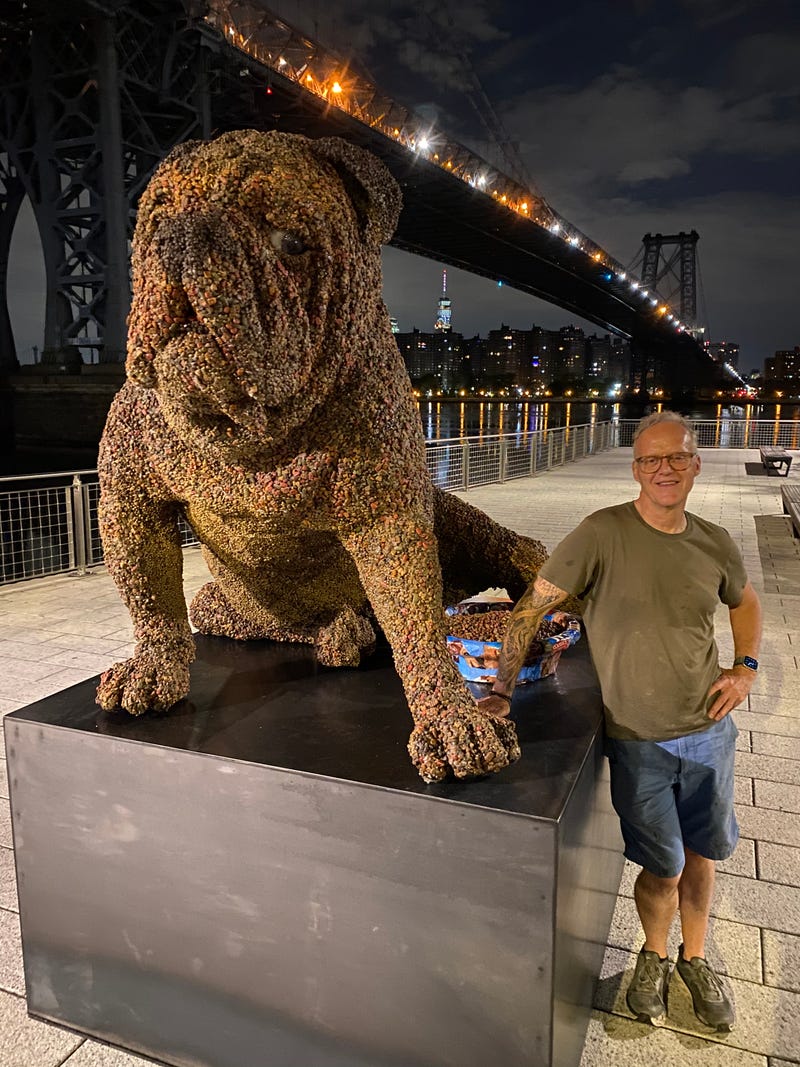 Artist Will Kurtz told 1010 WINS that he switched his dog from kibble to fresh food.

“I really noticed a difference. She would eat all her food in her bowl,” Kurtz said. “I still had some kibble left over, so I’d mix it in with it, and she would leave that in the bowl. But now she runs a lot more in Central Park and her hair is really thick, she just seems healthier.”

The nine-foot sculpture weighs more than 200 pounds and took more than 10 bags of kibble to make. It’s on display through Sunday. 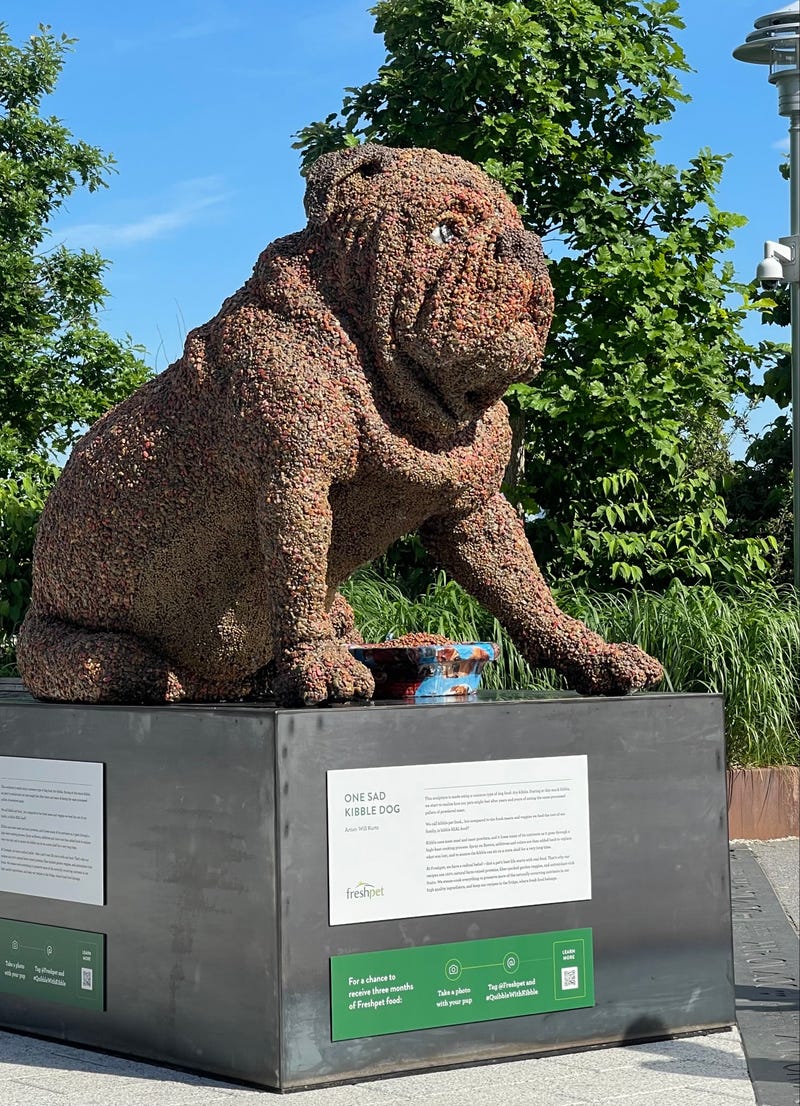 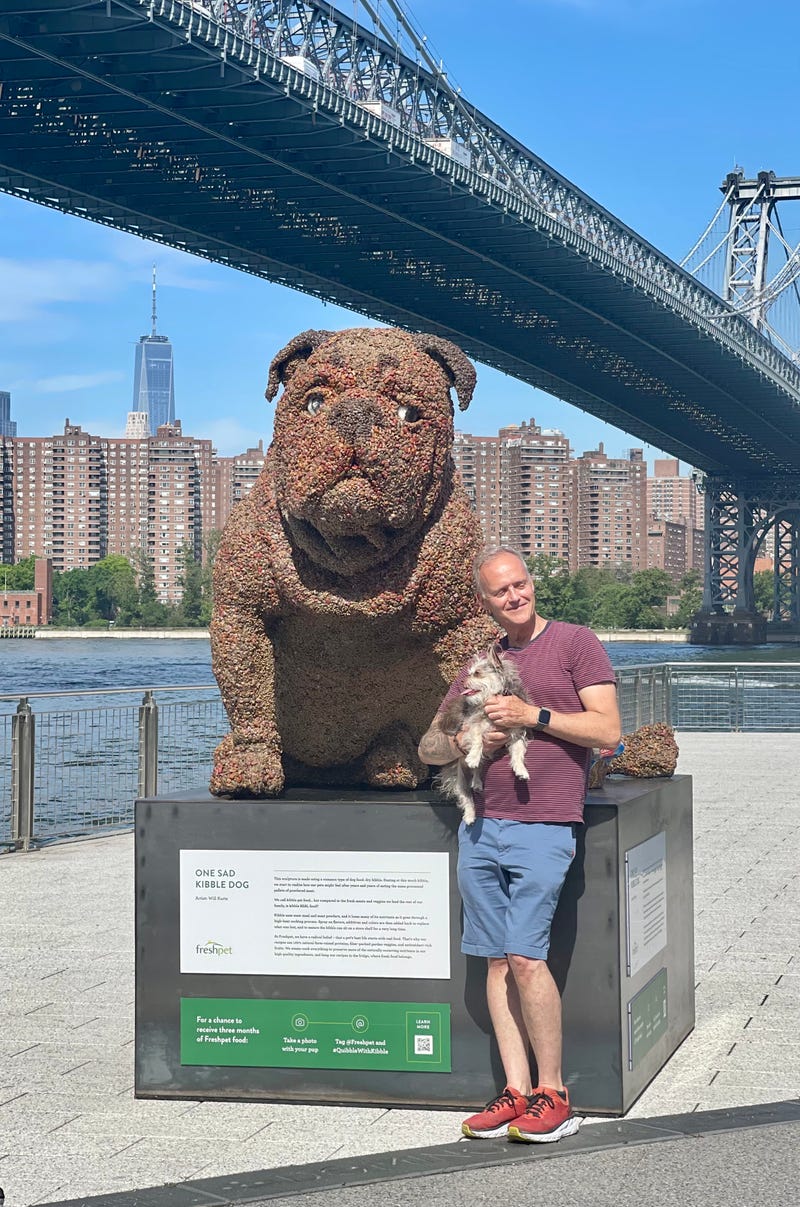 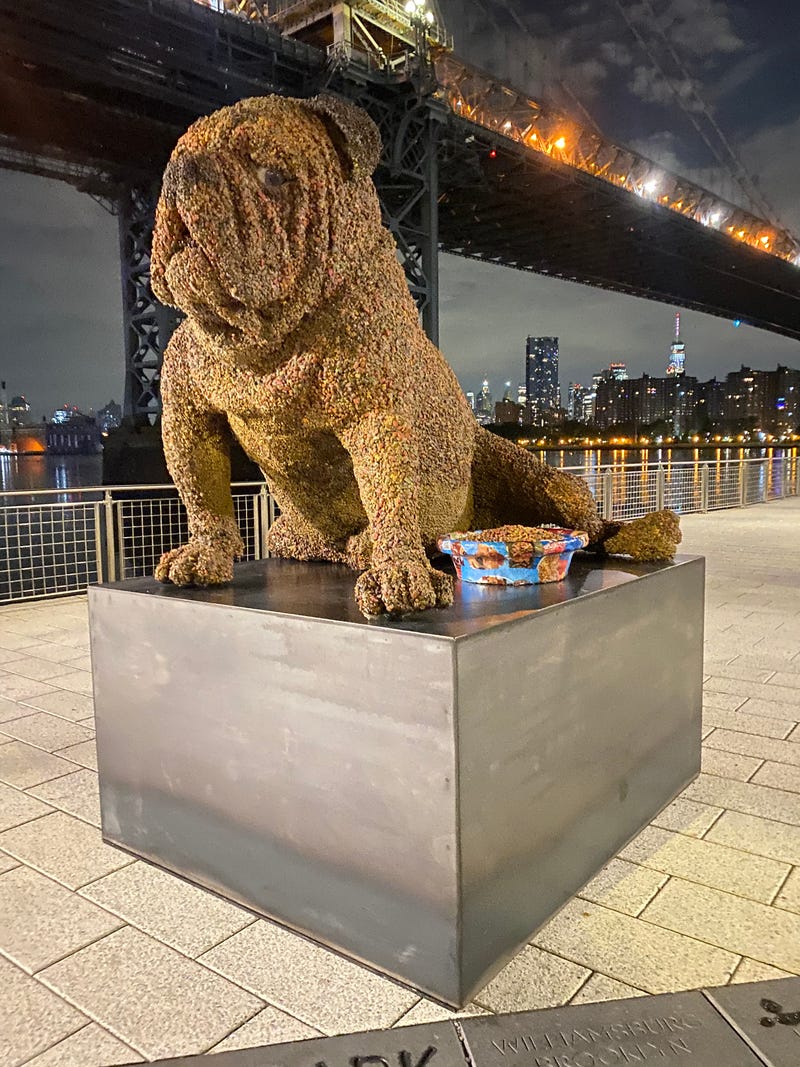