There has been a rumor floating around for decades about singer Willie Nelson, known for his past abundant enjoyment of marijuana, lighting up at the White House while staying the night at the invitation of President Jimmy Carter.

Willie wrote about smoking a "fat Austin torpedo" at the Executive Mansion in his autobiography It's a Long Story: My Life﻿, and even told the story of the pair's long friendship to the nation while speaking with Jimmy Kimmel.

But exactly how true is the tale? In a new documentary titled Jimmy Carter: Rock & Roll President, President Carter lays it all out...

"When Willie Nelson wrote his autobiography, he confessed that he smoked pot in the White House, one night, when he was spending the night with me," says the former president in the trailer. "He said that his companion, that shared the pot with him, was one of the servants at the White House. That was not exactly true. It actually was one of my sons, which he didn't want to categorize as a pot-smoker like him."

"There were some people who didn't like my being deeply involved with Willie Nelson and Bob Dylan and disreputable rock 'n' rollers," Carter admits. "I didn't care about that because I was doing what I really believed and the response from the followers of those musicians was much more influential than a few people who thought that being associated with rock 'n' roll and radical people was inappropriate for a president." 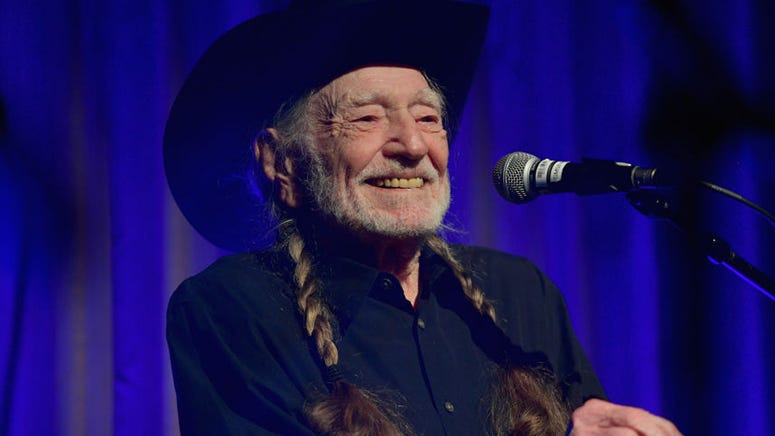 Now 95-years-old, Carter, was known to be a fan of Dylan and Nelson, who were outspoken in their music about the struggles of America, even referencing Dylan's 1965 song "It's Alright, Ma (I'm Only Bleeding)" during his 1976 DNC acceptance speech saying, "I've never had more faith in America than I do today... We have an America that in Bob Dylan's phrase is busy being born, not busy dying."

Dylan himself, in a rare on-screen appearance spoke with the film's director, Mary Wharton, about the unexpected friendship.

"When I first met Jimmy, the first thing he did was quote my songs back to me," Dylan says. "It was the first time that I realized that my songs had reached into the establishment world. And I had no experience in that realm, I had never seen that side, so it made me a little uneasy. He put my mind at ease by not talking down to me and showing me that he had a sincere appreciation for the songs I had written."

"He was a kindred spirit to me of a rare kind," he continues. "The kind of man you don't meet every day and you're lucky to if you ever do."

Jimmy Carter: Rock & Roll President will arrive in theaters and virtual cinemas on Wednesday, September 9 with streaming options becoming available on October 9. The doc shows how Carter channeled the power of his many musician friends to secure the youth vote in 1976 like Nelson and Dylan as well as Diana Ross, Dolly Parton, and Crosby, Stills & Nash to name a few while Paul Simon, Linda Ronstadt, and Aretha Franklin performed at his inauguration in 1977.