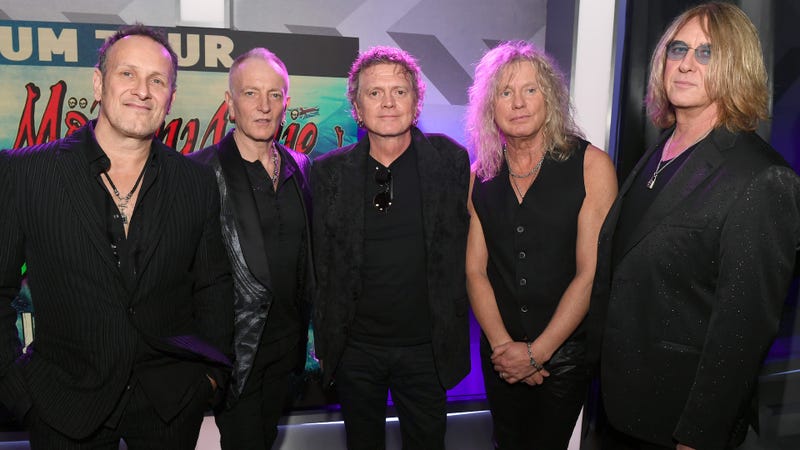 That’s the title of the newest album from Def Leppard as it marks their first since 2015. Guitarist Phil Colleen told ABC Audio that the album serves as a representation of the music that influenced the band, even the title of the record.

Diamond Star Halos refers to a lyrical phrase found in the T. Rex song “Bang a Gong (Get It On)” as Colleen says much of the album incorporates elements from that 70s Glam Rock era. "We realized that [between] the songs there was a thread," he said. "It was like some of the lyrics, some of the ideas, some of the vibes and rhythms and grooves were very… from that period."

To further dive into that period of music, the band brought along David Bowie keyboardist Mike Garson to perform on two tracks. Frontman Joe Elliott noted that Garson’s contributions "had a little bit of avant-garde, kind of jazzy [feel], but not too much to… make it sound weird."

Just a few weeks after the album’s release, Def Leppard is set to hit the road for the long-awaited Stadium Tour alongside Mötley Crüe, Joan Jett & The Blackhearts, and Poison.

The tour was announced way back in 2019, but was ultimately postponed until this summer due to COVID.

Check out a full list of dates and grab your tickets to the Stadium Tour here. While you’re at it, crank up Audacy’s Def Leppard Radio where we’re blasting the band’s biggest hits, deep cuts, and songs from similar artists.