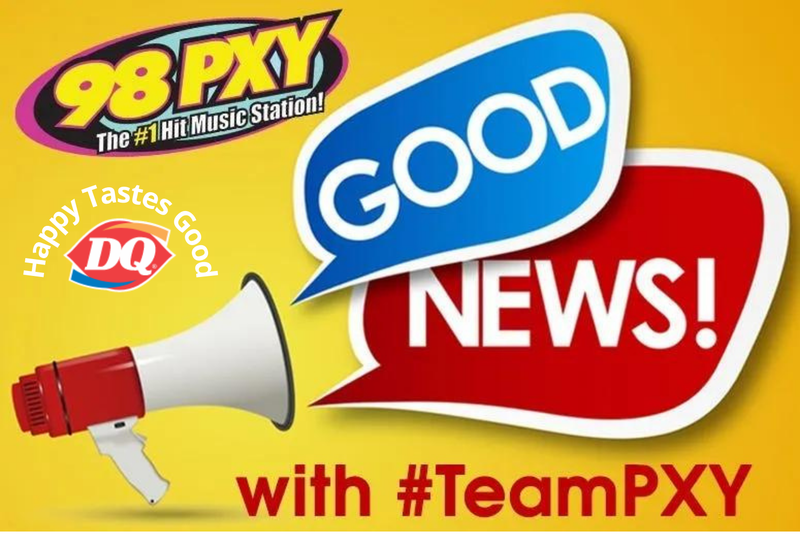 2.  A girl recently went through basic training at Fort Jackson in South Carolina.  And she didn't know her dad was coming to her graduation until he showed up to surprise her.  Now a video her sister got of it is going viral.

3.  The site GasBuddy.com says the average price of gas just fell below $4 for the first time since March.  (As of yesterday, Triple-A had it at $4.03.  But you can check today's numbers here.)

4. And in case you missed this: At least four people have now been cured of HIV using bone marrow transplants . . . and the most recent one happened by chance. A 66-year-old guy who'd been living with HIV since the '80s was being treated for leukemia. And the marrow came from a donor who happened to have a mutation that makes them naturally resistant to HIV. So he was cured accidentally.