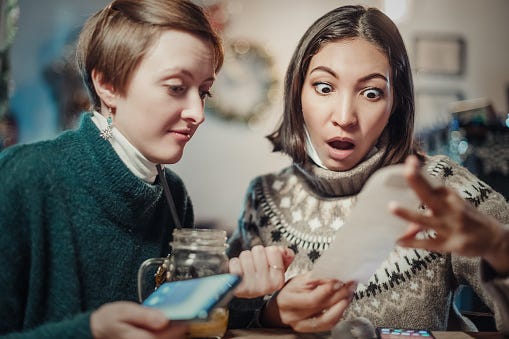 A couple weeks ago Breezy went out to a comedy show in Buffalo will a handful of friends. They grabbed dinner before and Breezy ended up putting the entire bill on her card with the expectation that everyone would Venmo her. At the comedy show, another girl in the group ended up paying for everyone else's drinks, including Breezy. Despite that fact, Breezy still charged her for her full portion of the dinner bill. Was that savage or sensible? Vote below!

Poll: Savage or Sensible - Picking Up the Bill for the Group at Dinner and Still Charging the Person Who Paid for Everyone's Drinks Later in the Night in Full