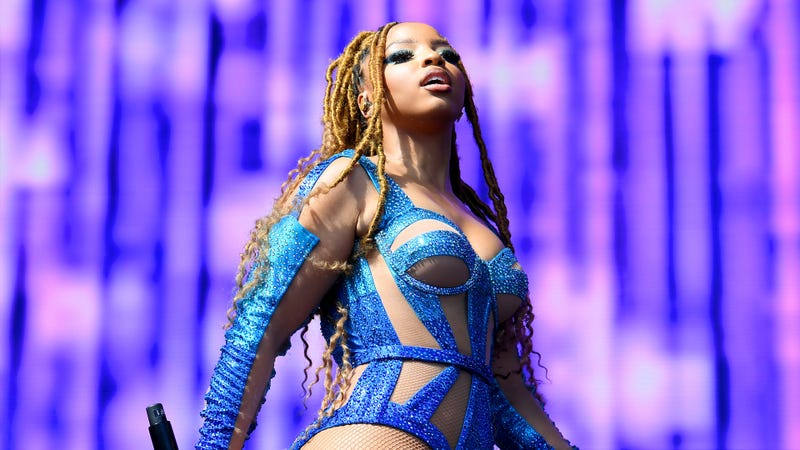 It’s official y’all, the imminent arrival of Chlöe Bailey’s long-awaited debut solo album, In Pieces, has been announced. Thanks to a short yet sultry video Chlöe recently posted after completely clearing her IG feed, we now know the album is set to arrive in March.

In the clip, which she captioned, “IN PIECES. MY DEBUT ALBUM. MARCH 2023. 🫀,” Bailey is greased up and glowing in a striking red latex dress. As the shot zooms out we see she’s holding scales in each hand, one of which appears to contain a gold heart, the other a large gold sphere. All while Chlöe’s etherial and angelic voice swoops in singing what we can only imagine to be one of the sweet melodies to come off the new album.

Despite the news of In Pieces finally heading our way is undoubtedly beyond exciting, Ms. Bailey did leave out a few crucial details, such as an exact release date and a full track list, both of which are hopefully coming soon.

With that being said, one thing we do know, thanks to the sole and only other post Chlöe shared before dropping the teaser clip, is that she’ll be releasing the albums lead single “Pray It Away” on January 27.

For a bit of background… Over the last couple of years, Bailey has released a steady stream of singles, leading her to this very moment of her impending album’s release. First starting with her 2021 solo debut single, “Have Mercy.” Which she followed up the following year with“Treat Me,” “Surprise,” and finally “For the Night,” featuring Latto. Not to mention her collaborations with an array of other artists including Ari Lennox, Calvin Harris, Fivio Foreign, and Gunna.

And before branching out on her own, Chlöe and her sister Halle released a couple of EPs and two albums, including 2018’s The Kids Are Alright and 2020’s Ungodly Hour, as the duo Chloe x Halle.