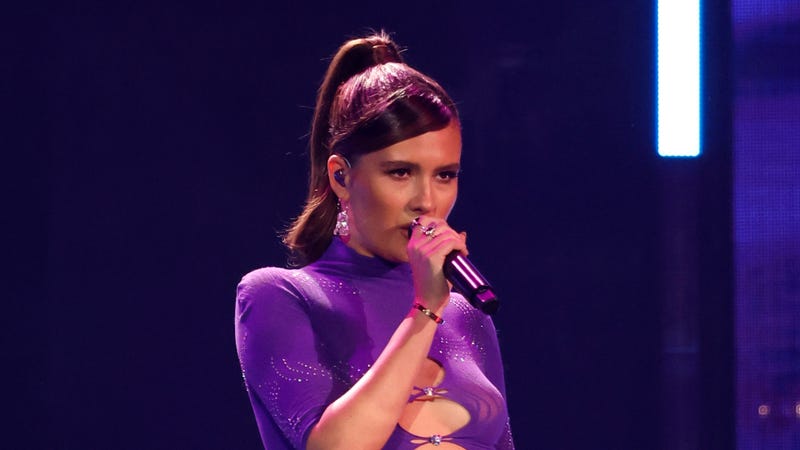 On the heels of her brand new single "Red Flags,” and as she gets ready to drop her latest album Amelia on March 3, Mimi Webb called in to catch up with Audacy’s Julia.

Discussing everything from details behind the making of her album and  her plans for this upcoming year, to all of her biggest red flags in relationships, driving etiquette, and even bathroom standards.

Talking to Julia just days after “Red Flags” dropped, Mimi said “it’s just been amazing,” when describing how she feels about it all. “I’m just so excited and it’s so great to be back with a new song at the top of the year.”

After getting rave reviews on tracks from the likes of Sam Smith, Julia was curious if Mimi had someone else in mind that she’d “die to hear their opinion” on her upcoming album. Without much hesitation, Mimi answered “Adele.”

“Honestly if she heard my album I think I’d be in tears crying, just so excited,” she expressed.

In honor of her latest single, Julia and Mimi got into some of the British singer-songwriter's own red flags. Starting off with drink order red flag, “like when you’re out with someone if they order it.”

And when it comes to bathroom etiquette, it’s a big red flag for Mimi if you leave an empty toilet paper roll, and don’t replace it. Another one of her red flags includes, “road rage, I don’t do road rage.”