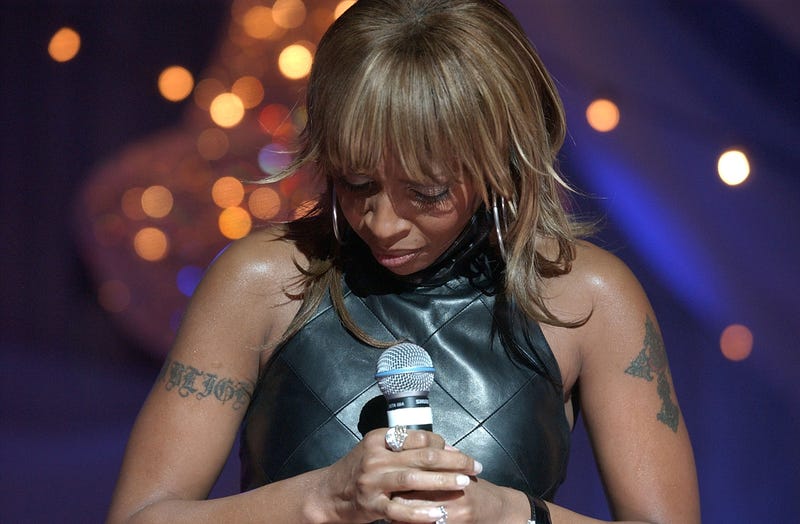 With a career that spans three decades, the proclaimed Queen of Hip Hop Soul continuously reigns supreme. Mary J. Blige popularized the blending of Hip Hop and R&B music in the early ‘90s with her debut album What’s The 411? The stellar LP frankly introduced mainstream music to a totally new sound. Blige went on to deliver her sophomore album My Life, and then her third album Share My World.

Originally released on April 22, 1997, Share My World is extremely personal for the R&B singer. While making the album, Blige reportedly experienced clinical depression and a tumultuous relationship with K-Ci Hailey (from KI-Ci & JoJo and Jodeci). Nevertheless, in the midst of her vulnerable moments, the album was commercially successful. Share My World debuted at No.1 on both the US Billboard 200 and R&B Albums charts. It also won Favorite Soul/R&B Album at the 25th American Music Awards, and was nominated for Best R&B Album at the 40th GRAMMY Awards. 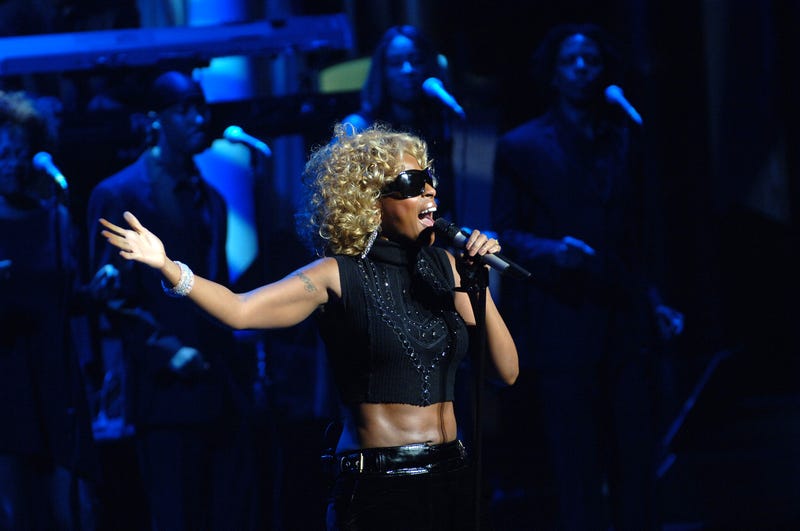 Share My World is Blige’s first album that didn’t incorporate Diddy production wise. Alternatively, the singer worked primarily with Poke & Tone (The Trackmasters), Rodney Jerkins aka Darkchild, and Jimmy Jam & Terry Lewis. The intro begins with a mock public service announcement, referring to Mary J. Blige as “the most innovative female singer of our decade,” an arguably true statement at the time. Setting the tone for the 17-track project, the introduction predominantly serves an agglomeration of her accolades such as “the most soulful” and “the most prolific.”

Known for her swaggy covers and renditions, Blige maintains the trend in this era. “Share My World,” titled after the album, samples the 1981 DeBarge record of the same name. Another notable sample is Blige’s “Everything,” a spin on The Stylistics’ 1971 hit “You Are Everything.” The other standout records include “I Can Love You” featuring Lil Kim, “Love Is All We Need” featuring Nas, “Seven Days” featuring George Benson, and most certainly the Babyface-produced “Not Gon’ Cry.”

Share My World tends to be more on the contemporary R&B side, unlike Blige’s earlier work which was heavily influenced by New Jack Swing and Hip Hop. Entertainment Weekly rated the album a B+ back in 1997, calling it “the work of a new Mary J. Blige, a warm, dressed-to-the-nines, non-tantrum-throwing woman of the world.” Clearly, a nod to Blige’s iconic album cover as well as her new approach musically. On the album artwork, the singer models ‘90s ghetto-fabulous, dressed in all white, and accessorized in designer shades and diamond jewelry.

Upon releasing her 15th studio album Good Morning Gorgeous this year, Mary J. Blige is receiving her flowers in real-time. In addition to headlining the 2022 Super Bowl Halftime show, the R&B legend graced the stage at this year’s NAACP Image Awards. Next month, Blige will be honored with the Icon Award at the Billboard Music Awards, becoming the award show’s 11th Icon Award recipient.