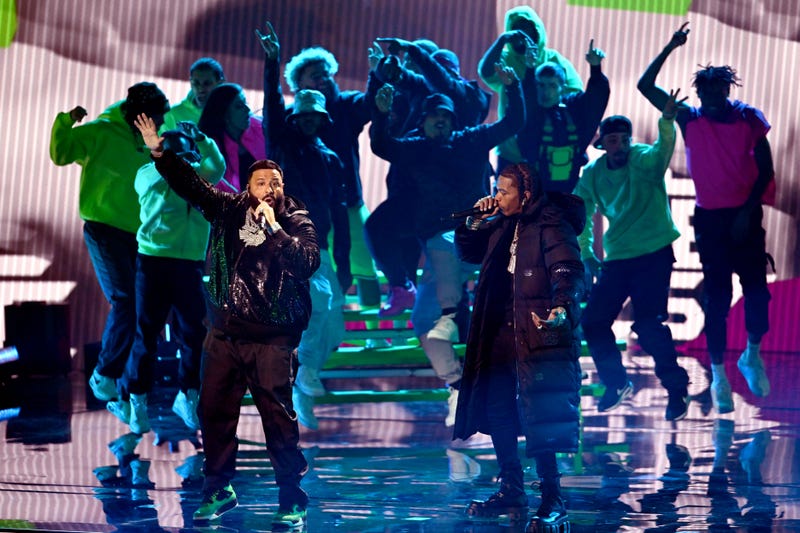 The 2022 All-Star performance was a star-studded event! Hip Hop legends and newcomers rocked the stage on Saturday night during the annual NBA All-Star Weekend.

This year’s show took place at the Rocket Mortgage FieldHouse in Cleveland, Ohio. Dubbed DJ Khaled & Friends, the eight-minute show was introduced by NBA champion Dwyane Wade. “We all know how cold it is right now outside. So, I figured we could use some Miami heat up in here to warm things up”, Wade announced. “To hit the stage tonight is my brother. Get on your feet and please welcome DJ Khaled and the All-Star squad!”

Mary J. Blige was up next, singing her new single “Amazing," and Lil Wayne performed “We Takin Over” for the first time in a decade. Ludacris closed out the show rhyming a verse on Khaled’s "All I Do Is Win." The performance was Khaled’s third All-Star show, and his first-ever as a headliner.