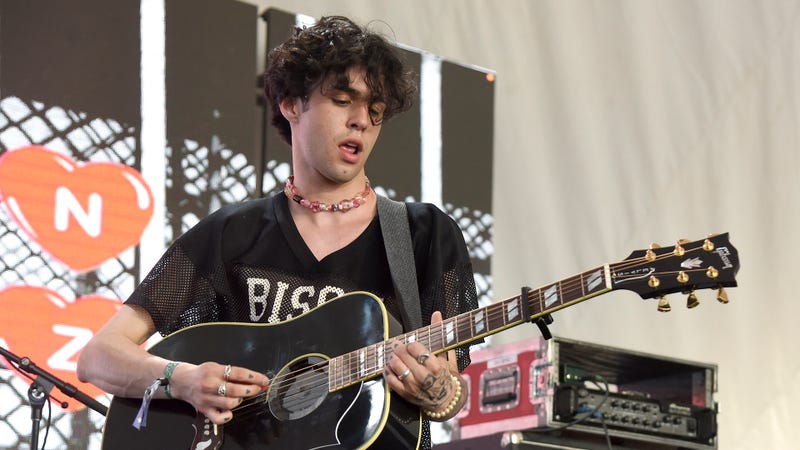 Singer-songwriter Stephen Sanchez is reaping the benefits of his timeless hit record “Until I Found You.”

After landing a deal with Republic Records in 2020, Sanchez released the popular song last year, and it's already a fan favorite across the internet, approaching RIAA Gold status! Most recently, the track was acknowledged by Charlie Puth and FINNEAS. Sanchez joined Bru for an Audacy’s Check In to elaborate on “Until I Found You” and his real-time rise to fame.

“I think over the last few months from January up until now, the song just shot off,” Sanchez tells Audacy. “And that’s a pretty unreal feeling. It’s so crazy. I’ve never really thought that the song, which was written in my bedroom, for a girl I loved at the time–I never thought it would ever be associated outside of that as like a hit.” He adds, “And now it is and it’s almost at a gold record. That’s just so wild. I didn’t think it would go that far.”

The 19-year-old musician began writing heartfelt tracks earlier in his teenage years. Eventually, he developed a reputation in high school as “the kid who played guitar and wrote songs.” “It’s like joy and sadness and anxiety all operating at the same level, battling it out," Sanchez said regarding the song's success. "It’s a wild thing to have a song do so well that’s about a real person from some time ago, and [the song] brings a lot of anxiety about what’s next."

Sanchez’ music is reminiscent of the Oldies. He was inspired by the classic sounds of Frank Sinatra, Nat King Cole, The Platters, and The Ink Spots – courtesy of his grandparent’s vinyl record collection. With autobiographical love songs like “Until I Found You,” along with “Kayla,” Sanchez transports listeners to the 50s and 60s.

After playing shows in New York and Los Angeles, Sanchez will be touring in Europe next month. The singer-songwriter will be stopping in Berlin, London, and Amsterdam. He also has an upcoming show in his hometown, Nashville later this summer.

Listen to Bru’s Audacy Check In with Stephen Sanchez above.