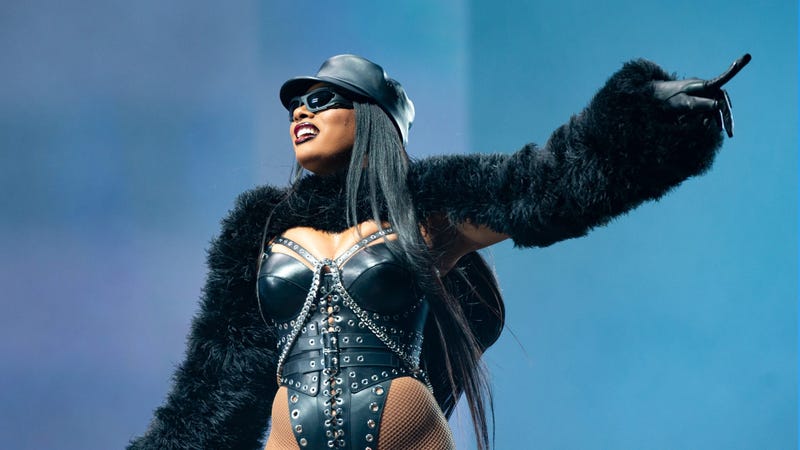 By Audacy
With its motley mix of slick bops and searing confessionals written straight from her “diary,” Megan Thee Stallion’s newly arrived sophomore album, Traumazine, is a thrilling rollercoaster ride of a listen.
Listen to Megan Thee Stallion Radio now on Audacy