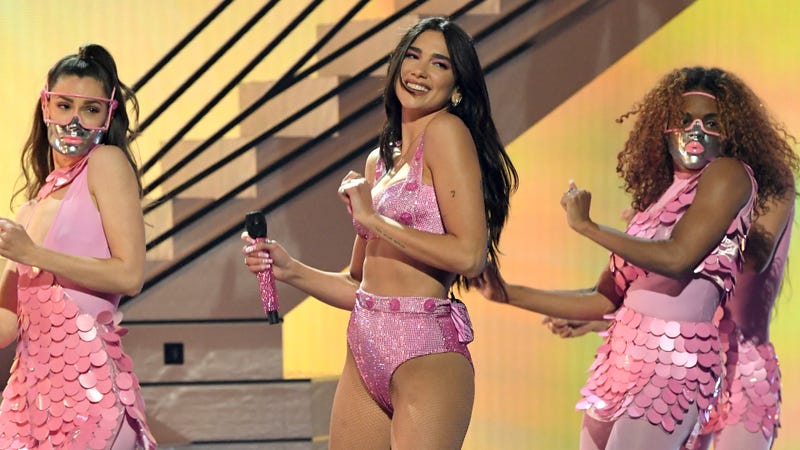 Dua Lipa has spoken out saying she’s “horrified” by DaBaby’s recent homophobic comments as some fans have called on her to remove the rapper from her “Levitating” remix.

“I’m surprised and horrified at DaBaby’s comments,” Dua Lipa said in an Instagram Story. “I really don’t recognise this as the person I worked with. I know my fans know where my heart lies and that I stand 100% with the LGBTQ community. We need to come together to fight the stigma and ignorance around HIV/AIDS.” 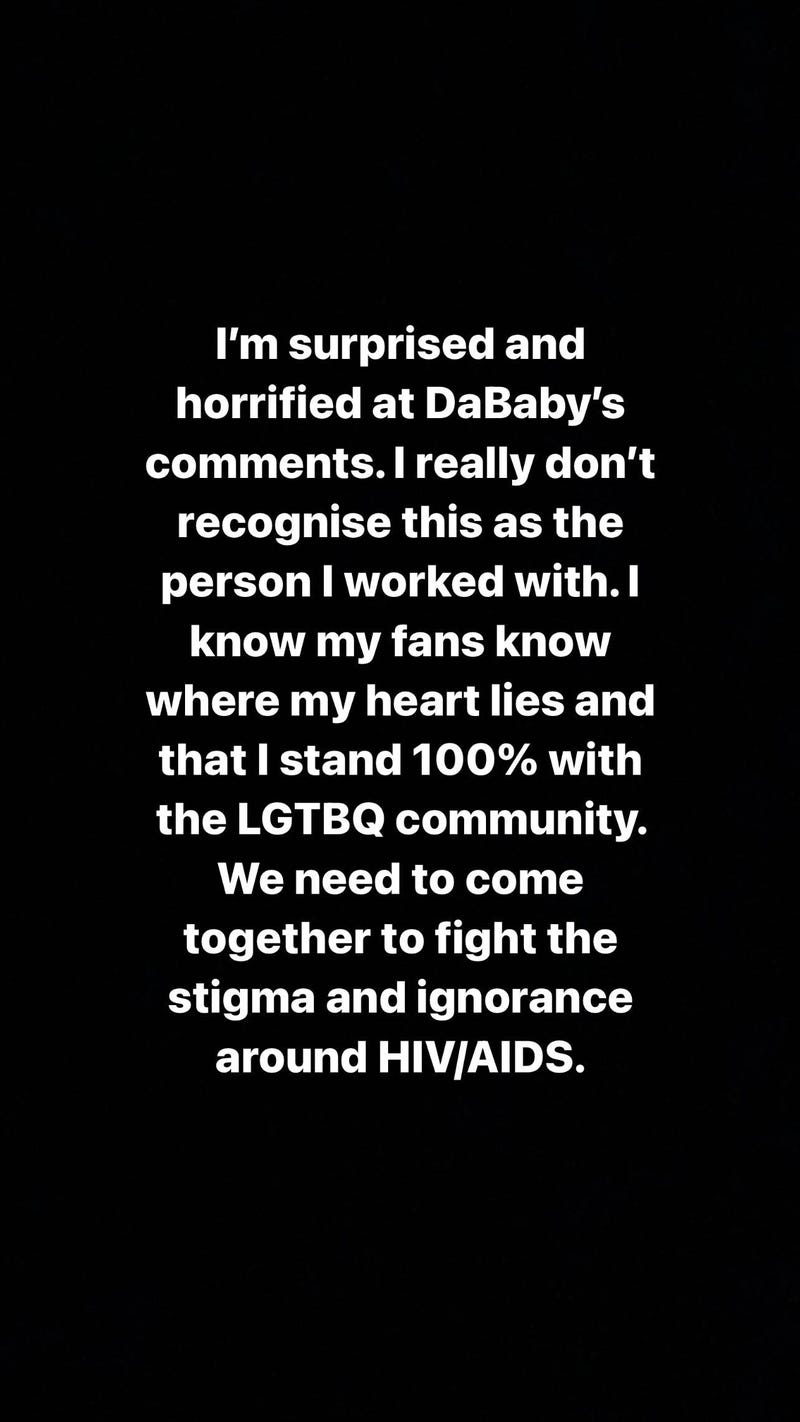 Some Dua Lipa fans want the singer to go a step further and completely remove DaBaby from her “Levitating” remix. One fan decided to make an idea a reality and merged Dua’s original video with Megan Thee Stallion included instead.

“The Levitating remix we deserve! F*** DaBaby” the fan wrote. The video features a clip from Meg’s Phony Ppl collab “Fkn Around” and it works incredibly well.

DaBaby took to social media to address the comments he made at Miami’s Rolling Loud Festival. "Anybody who done ever been [affected] by AIDS/HIV y’all got the right to be upset, what I said was insensitive even though I have no intentions on offending anybody,” he wrote.