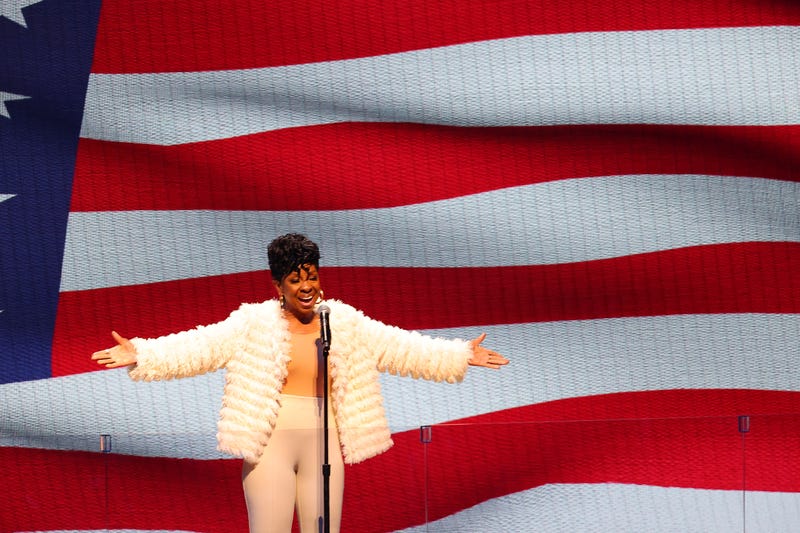 In case you missed it, this was quite the weekend for the “Empress of Soul.”

First, Ms. Gladys Knight stole the show in Coming 2 America with a modern rendition of her hit, “Midnight Train to Georgia,” now appropriately remixed to “Midnight Train to Zamunda.” And just yesterday, she rang in the 2021 NBA All-Star Game by delivering a soulful performance of the national anthem.

Seven-time GRAMMY Award winner @MsGladysKnight, who graduated from @ShawUniversity, one of the oldest HBCUs in the nation, performs the U.S. national anthem at NBA All-Star 2021.

The Star-Spangled Banner has been the center of controversy over the past few years, including recently when the Dallas Mavericks opted to forgo singing the Anthem during home games, at the request of team owner, Mark Cuban. The NBA demanded that they reinstate “the longstanding ‘mandatory’ league policy” to play the national anthem. Amid news of the restoration, Cuban defended his initial decision by expressing, "we respect and always have respected the passion people have for the anthem and our country. I have always stood for the anthem with the hand over my heart — no matter where I hear it played. But we also hear the voices of those who do not feel the anthem represents them. We feel they also need to be respected and heard, because they have not been heard. The hope is that those who feel passionate about the anthem being played will be just as passionate in listening to those who do not feel it represents them."

Even Knight has had her fair share of controversy, regarding performing the National Anthem. Her performance at the 2019 Super Bowl was met with heavy criticism, due to the NFL “blacklisting” ﻿Colin Kaepernick. Knight responded to critics saying, “I understand that Mr. Kaepernick is protesting two things, and they are police violence and injustice. It is unfortunate that our National Anthem has been dragged into this debate when the distinctive senses of the National Anthem and fighting for justice should each stand alone. I am here today and on Sunday, Feb. 3 to give the Anthem back its voice [...] I have been in the forefront of this battle longer than most of those voicing their opinions to win the right to sing our country’s Anthem on a stage as large as the Super Bowl LIII.”

Once again on Sunday, Knight took center stage and delivered the anthem in Atlanta -- highlighted as a graduate of Shaw University, one of the nation's oldest HBCUs, and an icon in any arena. Watch her performance above.