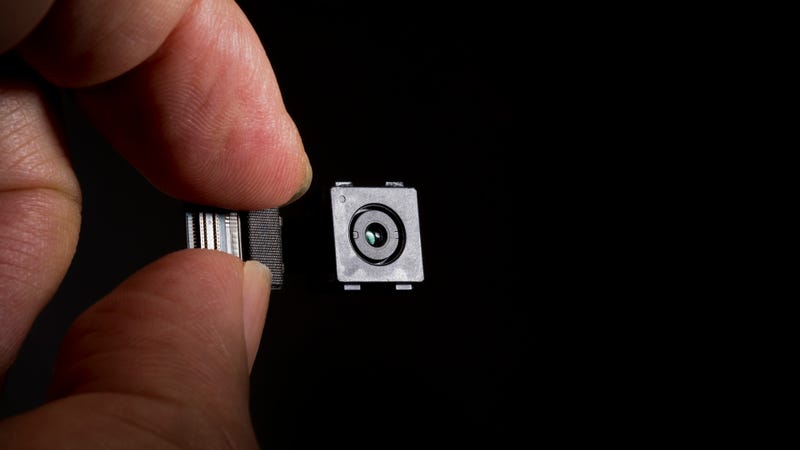 Hear the latest in tech, gadgetry, and general geekdom weekdays at noon on your favorite Audacy Alternative stations -- and check out our brand new exclusive stations.

This week, Gregr’s got his eye on you.

Gregr explains, "Optics researchers did the seemingly impossible and shrank a camera down to the size of a coarse grain of salt to produce high-quality photos. It'll be great for doctors who cram things where you otherwise might not like to better understand what's going on in your insides. But of course, my broken brain goes straight to the evil: how will this be used by creeps?"

Here's to me hoping we can convince an ant to pick this up and carry it around like an insect GoPro. Imagine a close-up shot of 50 ants fighting a scorpion, like some bad '90s video game!