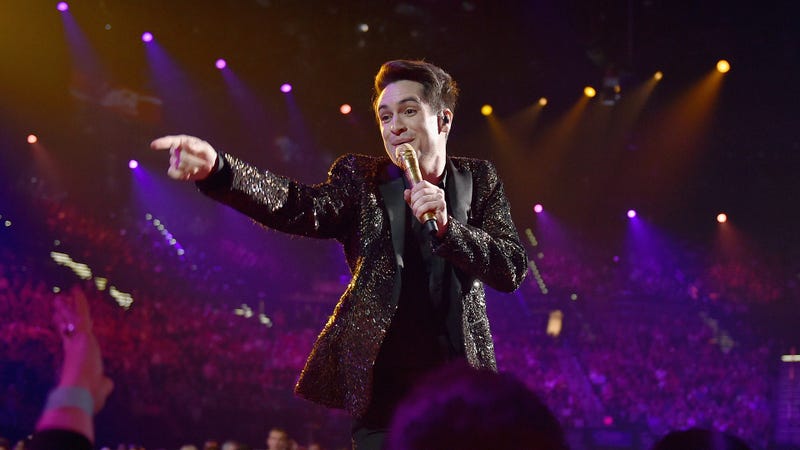 Listen to your favorite music now on Audacy and check out our all-new stations curated for fans, by fans like ALT Now, ALT New Arrivals, and more!

After a four-year wait, Panic! At The Disco has finally dropped brand new music and details of what's to come in 2022! Listen to their first single of 2022 -- "Viva Las Vengeance" right here and on your favorite Audacy Alternative stations!

Waterparks’ “Funeral Grey” arrives along with a brand new music video marking the group’s first release since signing to Fueled By Ramen in May 2022. The band will be heading out on their See You In The Future U.K. tour this month and will also be in California to headline this year’s Sad Summer Fest beginning July 8. See a full list of tour dates and grab tickets at waterparksband.com.

Matt Maeson is back with his first new single in over a year as well as a music video for “Blood Runs Red.” The track, Maeson says, is about “being a successful artist and the narcissistic tendencies that come along with it. I toured for three years straight and received copious amounts of validation but when that ends and you go home, you're left with yourself and who you've become while everyone else around you has remained the same." He's set to hit the road in September -- get all the details right HERE.

Oliver Tree - I Hate You

“I Hate You” is Oliver Tree’s latest single from his 2022 album Cowboy Tears, which you can hear live and in person on his U.S. headlining tour kicking off August 4 in San Diego and wrapping on October 1 in Santa Cruz, CA. For a full list of dates and ticket info, visit OliverTreeMusic.com.

Yeah Yeah Yeahs - Spitting Off The Edge Of The World

New York’s indie darlings Yeah Yeah Yeahs have dropped news of a brand new album set for 2022, their first fresh material since 2013’s Mosquito. Cool It Down is scheduled to hit shelves and streaming services on September 30.

Los Angeles rockers Starcrawler offer up their first release on Big Machine, "Roadkill," about "anyone that tries to dig their heels in the ground and stand in your way... sometimes you just have to run right through them," according to frontwoman Arrow De Wilde. Recently off a European tour that saw them open for My Chemical Romance, the band is currently heading to Australia for a string of dates.