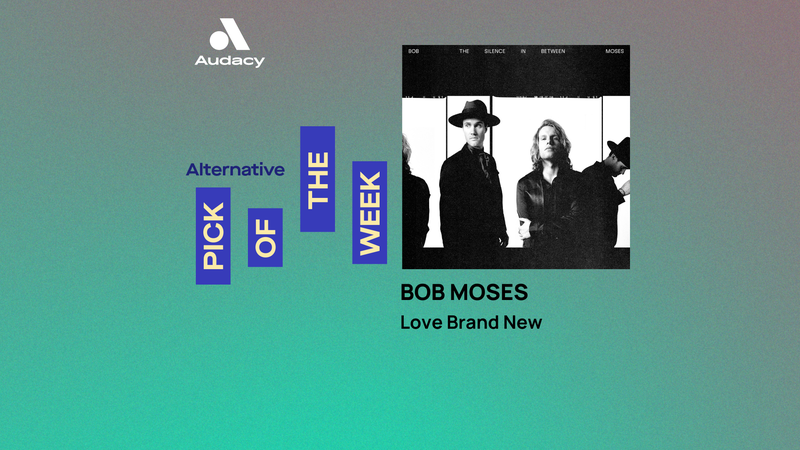 Since forming in New York City in 2012, Bob Moses have earned massive acclaim for their transcendent blend of house music and emotionally charged pop. Made up of Vancouver-bred musicians/producers Tom Howie and Jimmy Vallance, the Los Angeles-based duo delivered their debut album Days Gone By in 2015 and immediately drew praise from tastemaking outlets like Mixmag (who stated that “[i]t's hard to think of anyone who walks the line between electro-pop and deep dancefloor grooves quite as coolly as Tom Howie and Jimmy Vallance”). Days Gone By featured such standouts as “Tearing Me Up”: an intensely poignant track nominated for two GRAMMY Awards, with a remix from RAC winning in the category of Best Remix Recording (Non-Classical). In 2018, Bob Moses returned with Battle Lines, which featured the hit single “Back Down” and led to a performance on “Ellen.” Hailed by The Line of Best Fit as “versatile, dynamic party music, made by masters of their craft,” Battle Lines also landed on Billboard’s Best Electronic Albums of 2018 list. The duo’s most recent triumphs include 2019’s Unplugged EP, Falling into Focus – Live 2020 (a concert film documenting an hour-long set performed at an abandoned radio tower in Topanga, California), and Desire (a JUNO Award-nominated 2020 project that PopMatters lauded as “exceptional, its classic trance rhythms crafted with a sense of multidimensionality”). A longtime festival favorite, Bob Moses have also repeatedly claimed the Best Live Act title from Resident Advisor, appearing at leading festivals like Coachella, TomorrowWorld, Lollapalooza, Ultra Music Festival, and Bonnaroo. Newly signed to Astralwerks in partnership with Domino Recordings, the duo will release their highly anticipated third album The Silence in Between on March 4.