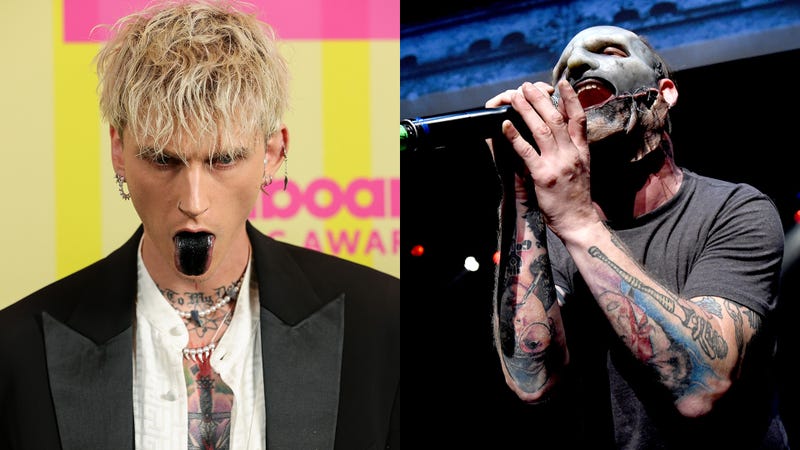 It’s a feud that seemingly came out of nowhere.

During his set at Riot Fest in Chicago over the weekend, Machine Gun Kelly mocked Slipknot, who were performing at the same time.

After a few seconds, MGK then changed the subject asking the crowd “so, anyway, what’s everyone’s favorite candy? Reese’s Pieces?” 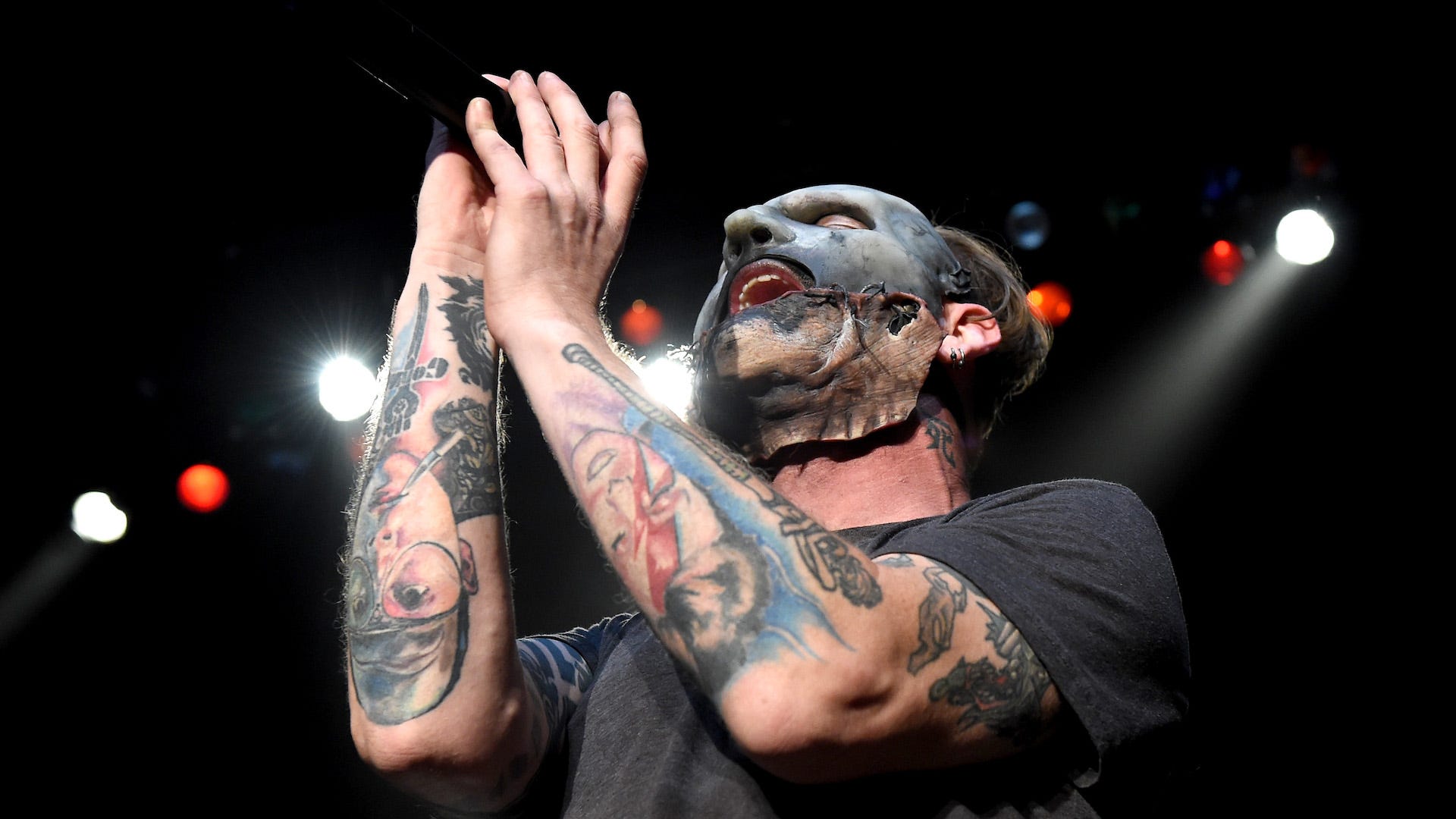 Slipknot's Corey Taylor shows off his most 'disturbing' mask yet

Although MGK’s banter seemingly came out of nowhere, he may be addressing comments Slipknot frontman Corey Taylor made on the podcast Cutter’s Rockcast.

“I look at some of these bands that sound like this or sound like that or sound like the other guy, and it’s just, like, well, they obviously listened to two albums that have been out for a minute,” Taylor said. “But the ones that really frustrate me are the ones that they take something that’s been around forever and then just basically rework it and call it new, even though it’s completely derivative. You know the band they’re ripping off, they’re not even trying to rip off a bunch of bands; they’re ripping off one band.”

Taylor then clarified that he’s “the worst old fogey dude shaking his cane ever.”

“And I hate everything. I hate all new rock for the most part,” he added.

Taylor later made the following comments, which may have been an indirect shot at MGK. “I [hate] the artists who failed in one genre and decided to go rock, and I think he knows who he is,” Taylor said.

“But that’s another story. I’m the worst. And I hate everything. And people are used to that with me, though.”