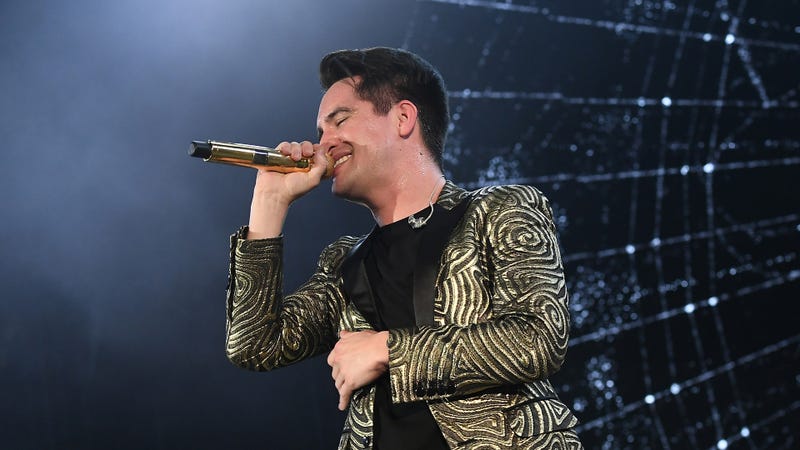 The wait was patient, mostly, for Panic! At The Disco fans after getting teased with a clip of new singles earlier this year. Now, after four years, Brendan Urie and the band have officially arrived with their full Pray For the Wicked follow-up, Viva Las Vengeance, today, August 19.

Hear tracks from the new album now -- along with more of your favorites -- on Audacy’s Panic! At The Disco Radio

Along with the new record, Panic! At The Disco have offered up the fourth music video from the new 12-song tracklist after dropping previous clips for the album's title track over the summer, as well as "Middle Of A Breakup," and "Don't Let The Light Go Out."

Watch the video for "Sad Clown" below.

Celebrate the new release with Audacy -- now streaming your favorite Panic! tracks from the new record, and tons more from the band's almost two-decade career -- plus songs from other artists you know and love like Fall Out Boy, The 1975, Weezer, Cobra Starship... and the list goes on!

A post shared by Panic! At The Disco (@panicatthedisco)

Panic! will also be hitting the road with charitable goals on a global arena tour kicking off September 8 in Austin, TX bringing them to venues like NYC’s Madison Square Garden, Los Angeles’ Kia Forum, London’s The O2, and more, with special guests MARINA and Jake Wesley Rogers as openers, and Beach Bunny joining on select dates. Tickets are on sale now -- check out the full list of dates right HERE, and visit panicatthedisco.com for more info.