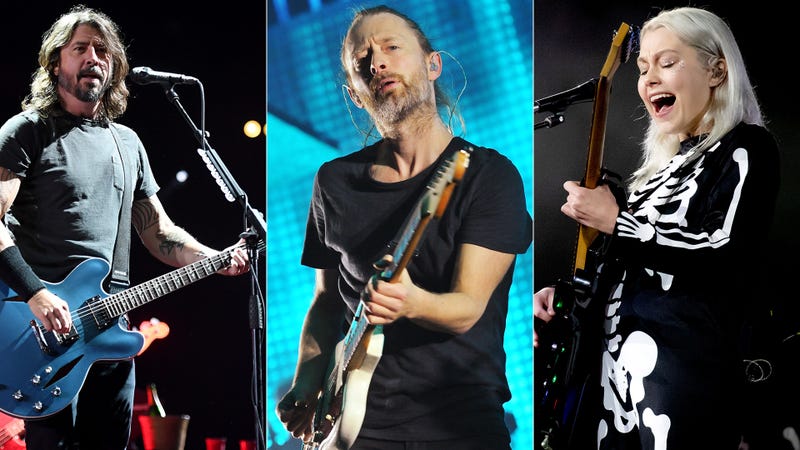 An all-star group of musicians came together to raise money for the concert workers that help make sure the lights shine bright on them night-after-night.

Foo Fighters, Phoebe Bridgers, Radiohead, and more helped raise over $142,000 for Live Nation’s Crew Nation, a relief benefitting live music workers that have been affected by the COVID-19 pandemic.

Teaming up with Brompton Bikes, each artist designed their own bike that went up for auction. Radiohead, whose bike was inspired by the art from their 2007 album In Rainbows, received the highest bid as their bike was purchased for $24,000.

“The idea was born out of a simple goal; to help as many live music crews as possible affected by the pandemic,” Tevis Jory, Music Project Lead at Brompton said in a statement on the company’s Instagram account.

“What started as a small project quickly gained momentum into something much bigger with an incredible line up of some of the world's biggest artists involved. The music scene has always had a close connection with Brompton, and we’ll continue to support the people and venues that make it such a spine-tingling industry to be involved with.”

Aside from the three artists listed above, other musicians from a wide-variety of genres contributed designs.