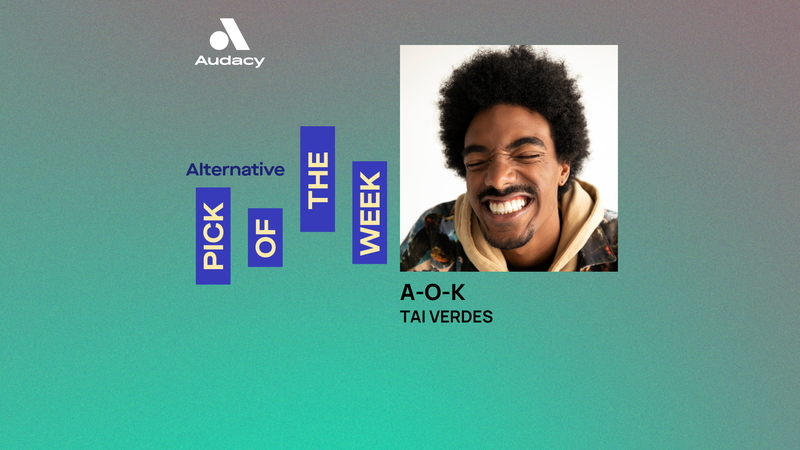 This week’s Audacy Alternative Pick of the Week is Tai Verdes' "A-O-K."

“Any time that you were obsessed with something even as a kid, you should probably remember that and go back to it,” California-based artist Tai Verdes echoes over Zoom. It’s a mantra that he has been bound to since the inception of his musical relationship, which started during his late childhood with piano lessons. “My mom, brother and I started together. But after three years, I continued on and my mom paid for professional music lessons.”

Coming from a supportive home, Tai was urged to continue with his craft (he is credited for piano arrangements on his forthcoming debut album), informing his ear in tandem with the help of an elixir of eclectic tastes ranging from Britney Spears to DMX and Gnarls Barkley. “They all showed me that you can write songs in so many different genres and evoke a range of different emotions in varied ways.”

Now 25, Verdes has evolved from his experiences on reality TV, able to translate his vulnerability on social media juggernaut TikTok. “I just love sharing my personality and the real experiences in music. I’m just being myself and super vulnerable,” he states. But his personality isn’t new or retouched for algorithms, quite the contrary, Tai, the person has been shedding his skin with age, letting his mother, friends and peers in progressively. “I’ve always been very honest about how I’m feeling, or at least, I’ve tried to be.” His transparent, light-hearted but matter-of-fact nature is ever-present in his explanations and mannerisms.

As COVID-19 descended on both the United States and wider-global regions, Verdes balanced his social media and impending music-career with an essential worker position at Verizon, his TikTok soon brewing into a hub of opportunity for his yearning singer-songwriter vocation. His inaugural single “Stuck In The Middle'' proved an instant success on the platform —as well as the wider internet —with its beautifully honest lyricism and hypnotically charming chorus. Soon after, the release catapulted itself into Spotify’s infamous ‘Fresh& Chill’ playlist, solidifying Tai Verdes’ inevitable arrival in music. “Quarantine happened at a really key moment in my life,” he says. “I’d said to myself that I wanted to create ten songs that year and really try out this ‘being an artist’ thing.”