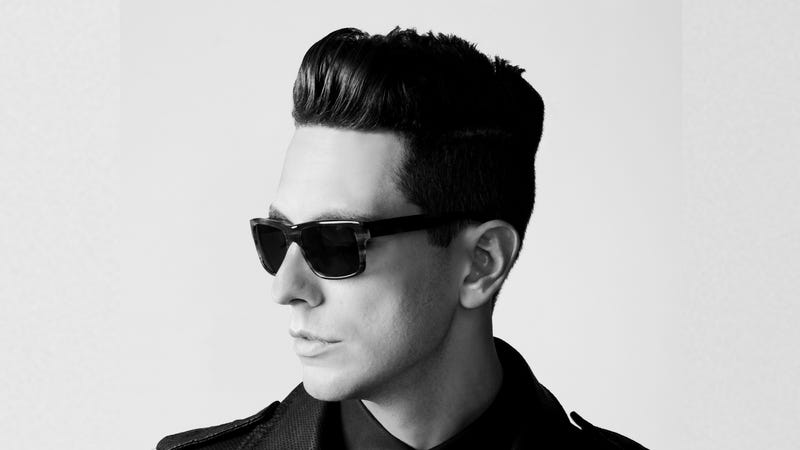 After six years of silence, Cobra Starship is causing gravitational waves once again on the Alt-Emo scene, and singer Gabe Saporta is here to give his friend, Audacy's Emo Nite host Morgan Freed, all of the important details.

Listen to your favorite music now on Audacy and check out our all-new exclusive stations curated for fans, by fans like Emo Kids, Alterna '00s, and more!

"It feels good... I wouldn't say I'm totally back," Gabe explains. "I've been here, secretly, but it feels nice to be putting out some music again, even though it's kind of new music -- it's unreleased music. But I think the thing that's nicest is how many people still care after all this time."

Gabe is, of course, talking about the band's October 2021 release of "Beautiful Life," as well as this past weekend's drop of "Party With You," an outtake from their 2009 album, Hot Mess.

The last Cobra Starship song ever is out today! We hope it helps you rip into 2022 with joy. This song didn’t make the cut on the Hot Mess album, and I’m stoked to share it 10+ years later with one of the most absurd videos we’ve ever made.

The response has been "beautiful" Gabe says. "The thing that I love is that there's a whole new generation of kids that were too young when Cobras was happening but still got into music, still got into the whole scene. I think it's also bittersweet because everyone's like, 'this is great but we want to see you live.'"

Being given this chance to release new and unreleased tracks worked out over time and is in part due to the band's record label, Fueled By Ramen, which has been celebrating 25 years by releasing a new LP every month. "They wanted to do Cobras for one of them," Gabe explains. "I didn't want it to just feel like, 'oh here's the label trying to sell you vinyl,' I wanted to make it special." What started as simply putting some unreleased songs onto vinyl turned into a full release on streaming services, and the creation of a new promotional video.

"And then at the same time, literally, that album that we're gonna release on vinyl has gone Gold," Gabe continues. "So, the album goes gold, and there's this whole resurgence of this scene -- and the nostalgia for this scene. It just felt like a perfect time and I'm very happy that we're doing it now." Listen to the full interview with Gabe Saporta above.

Emo Nite is not a band, and they’re not your usual DJs – Host Morgan Freed throws epic parties and now has a radio show for the music they love. Listen Sundays from 9PM - 10PM on your favorite Audacy Alternative stations. Stay tuned for even more exclusive conversations with your favorite artists right here on Audacy.