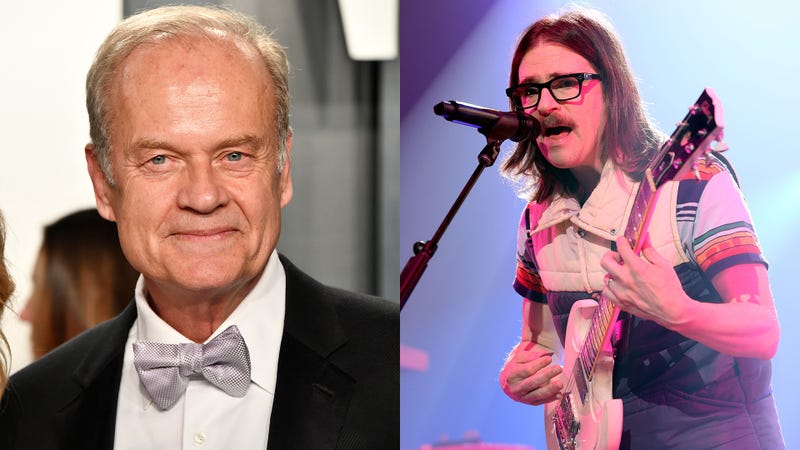 Monday’s can be a tough time. The weekend is over, another long week of work is ahead of you. Sometimes, it’s the little things in life that’ll help give you a pep in your step and put a smile on your face to brighten the day. This is one of those things.

Weezer frontman Rivers Cuomo and actor Kelsey Grammer have teamed up for a collaboration on the soundtrack to the new film The Space Between. Grammar stars as a washed up ‘70s rock icon that develops an unlikely friendship with a young record label employee that has been tasked with getting him out of his contract.

All of the music that Grammer performs in the film was written by Cuomo. Now, the soundtrack of the movie has been shared online and it’s as excellent as you would have imagined.

At 11 tracks long, The Space Between soundtrack offers a wonderful blend of Cuomo’s songwriting with Grammer’s vocals.

It’s a collaboration you didn’t know you needed, but are glad exists.

Weezer are no strangers to giving the world amazing news headlines as their most recent venture sees the band taking over TikTok.

Here’s the lowdown: Weezer’s “Buddy Holly” has taken the place of Rick Astley's “Never Gonna Give You Up” as the song of choice when it comes to pranking your friends. Rather than “Rickrolling” someone, TikTokers are now “Weezering” one another.

If you’re on the receiving end of a blank blue image, be aware, you’re about to get Weezered.