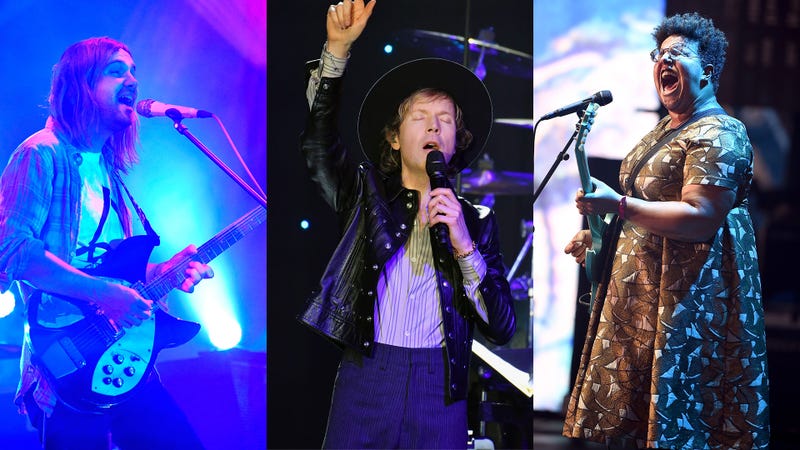 What a year it was. All else aside, 2020 was just as strong musically as its predecessors and the best of the best are set to be honored at the upcoming 2021 GRAMMY Awards.

The 2021 GRAMMY Awards, after being initially postponed due to COVID-19 concerns, will now take place on Sunday, March 14 on CBS.

The Alternative scene saw a bevy of fantastic releases this year. Whether it was the return of artists like Fiona Apple, Beck, and Tame Impala, or the breakthrough of Phoebe Bridgers and Brittany Howard, this year’s nominees for Best Alternative Music Album is as tight as ever,

Who will be the big winner of the Best Alternative Music Album category at the 2021 GRAMMY Awards? We’ll find out when the award show airs on Sunday, March 14 on CBS, but in the meantime cast your vote below for who you think will win.

Fiona Apple released her first album in eight years when Fetch the Bolt Cutters dropped in April 2020. The album was a long time coming as she recorded it primarily in her Venice Beach home from 2015-2020. There’s a lot of unconventional sounds on the record stemming from Apple’s use of found objects to create what she calls a “percussion orchestra.” The album debuted at number four on the Billboard 200 chart and number one on its Top Alternative Albums and Top Rock Albums chart. The single “Shameika” is nominated for Best Rock Song and Best Rock Performance.

Beck recruited Pharrell Williams to assist in songwriting and production of the album and the two developed a fantastic chemistry with one another that can be heard throughout the record. The album maneuvers between synth-pop, trap, R&B, funk, and alternative sounds as Beck stayed true to his roots as an artist that incorporates all types of music in his work.

Bridgers follow up record to her 2017 debut was a major success as numerous publications listed it as one of 2020’s best albums. A deeply personal record, Bridgers tackles a wide variety of subjects stemming from her own personal experiences. Her single “Kyoto” received GRAMMY nominations for Best Rock Performance and Best Rock Song.

Brittany Howard marked her solo debut with the release of Jamie back in September 2019. The album is dedicated to her late sister Jaime, who passed from retinoblastoma as a teenager. The album is a byproduct of a bout of writer’s block Howard experience that caused her to put her main band Alabama Shakes on hold in order to work on this record. Her work paid off as Jaime beautifully interweaves numerous genres throughout the record. The single “History Repeats” was nominated for Best Rock Song and Best Rock Performance at the 62nd GRAMMY Awards.

Kevin Parker took time between Tame Impala records, but the wait was certainly worth it as The Slow Rush marked his first album since 2015. The album blends pop, electronic, psychedelic, disco, and alternative sounds that simultaneously harkens back to ‘70s/’80s era tracks while sounding futuristic at the same time. The album debuted at number three on the Billboard 200 chart.