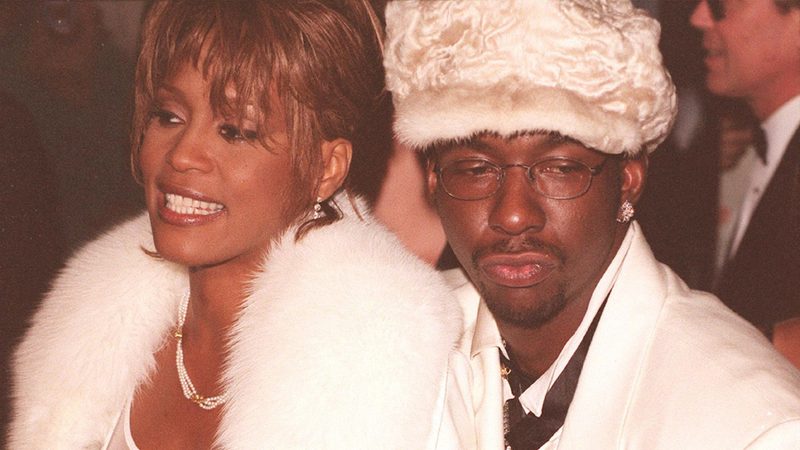 Bobby Brown, the reigning bad boy of R&B, has had quite the life and most recently, has suffered several tragic losses.

The iconic Whitney Houston, and his ex-wife, died in 2012, due to accidental drowning with heart disease and drug use as contributing factors. Their daughter, Bobbi Kristina, died in 2015, in a matter almost identical to her mother and his namesake, Bobby Brown Jr. died last November in an accidental drug-related incident.

Bobby Brown has dealt with his own struggles with substance abuse and has admitted to being sober in recent years. He took to Jada Pinkett Smith's Red Table Talk to warn the masses about the dangers of fentanyl, why he believes "foul play" is involved in the deaths of Bobbi Kristina and Whitney Houston.

Gordon was held legally responsible for Bobbi Kristina's death and was ordered to pay $36 million to her estate. He died of a overdose on January 1, 2020. Bobby Brown felt Gordon "drugged" his daughter, stating, "he was the only one there with both situations. With my ex-wife and with my daughter and they both died the same way." When asked if he thought Gordon killed Whitney, Brown replied, "I believe so."

Brown also think Gordon supplied drugs to both Whitney and Bobbi Kristina. "This is my opinion of who I think this young man was, being around my daughter and being around my ex-wife. I believe he was a provider of party favors," he continued. Brown "never had the chance to confront" Gordon, but "had planned" to meet with him to gain more insight on how Bobbi Kristina was in "her last days."

After Whitney's death, Brown admits to not having spent more time with his daughter as he believes he should've. Months before Bobbi Kristina was found unresponsive, he and his daughter became closer and Brown admitted that she found two days before she was set to fly out to him. He feels those two days could've been life-changing because he expressed, "I would've found out what was going on to do something about it."

An Urgent Warning from Bobby Brown

Bobby Brown, Grammy winner and "Bad Boy of R&B", comes to the Table with his wife Alicia to open up about his addictions, controversies that have followed him for decades and the tragic death of his son Bobby Brown Jr. Also, Bobby reveals who he thinks is responsible for the deaths of ex-wife Whitney Houston and his daughter Bobbi Kristina Brown.