Listen now on Audacy for your chance to win Carrie Underwood tickets!
By Joe Giglio

Sometime in, say, 20 or so years, hundreds of Eagles fans lining the streets of Canton, Ohio for Hall of Fame weekend. The Eagles are taking center stage with the current team in the yearly exhibition, and for the person atop that year’s Hall of Fame class: Howie Roseman.

Yes, the executive that seemingly half (or more) of the city wanted fired just two years ago, and who never seemed to connect because he wasn’t a true “football guy.” The one that’s been with the Eagles forever (and likely will be forever) isn’t just the front runner for the 2022 NFL Executive of the Year award; he’s now laying the groundwork for an eventual case for Canton.

And that case is getting stronger by the day.

Roseman’s 2022 Eagles are the best team in the NFL. As this group marches on toward the No. 1 overall seed in the NFC, the destination would put the Eagles in rare company. Since the inception of the salary cap in 1994, no team has had multiple top seeds within a six-year span (2017-2022) while doing it with a different coach and quarterback.

Sure, runs of success happen all the time. Think about the Brady-Belichick dynamic in New England or all the winning in Pittsburgh with either Bill Cowher or Mike Tomlin. Good organizations retool, typically around either a Hall of Fame quarterback or coach. The Eagles have retooled and gotten back to the top of the conference around Roseman. It’s one thing for Roseman and the Eagles to rebuild and get back to relevance quickly after the Doug Pederson-Carson Wentz (and Nick Foles) era crashed. But to do it like this, with this kind of success, in such quick fashion, is, well, unprecedented.

Roseman already has one ring. He could be a few months away from his second. If he chooses to continue to lead and build teams through his 50s and 60s, it’s almost hard to imagine at least one more not arriving. We could be talking about an executive with multiple championships when his career ends. 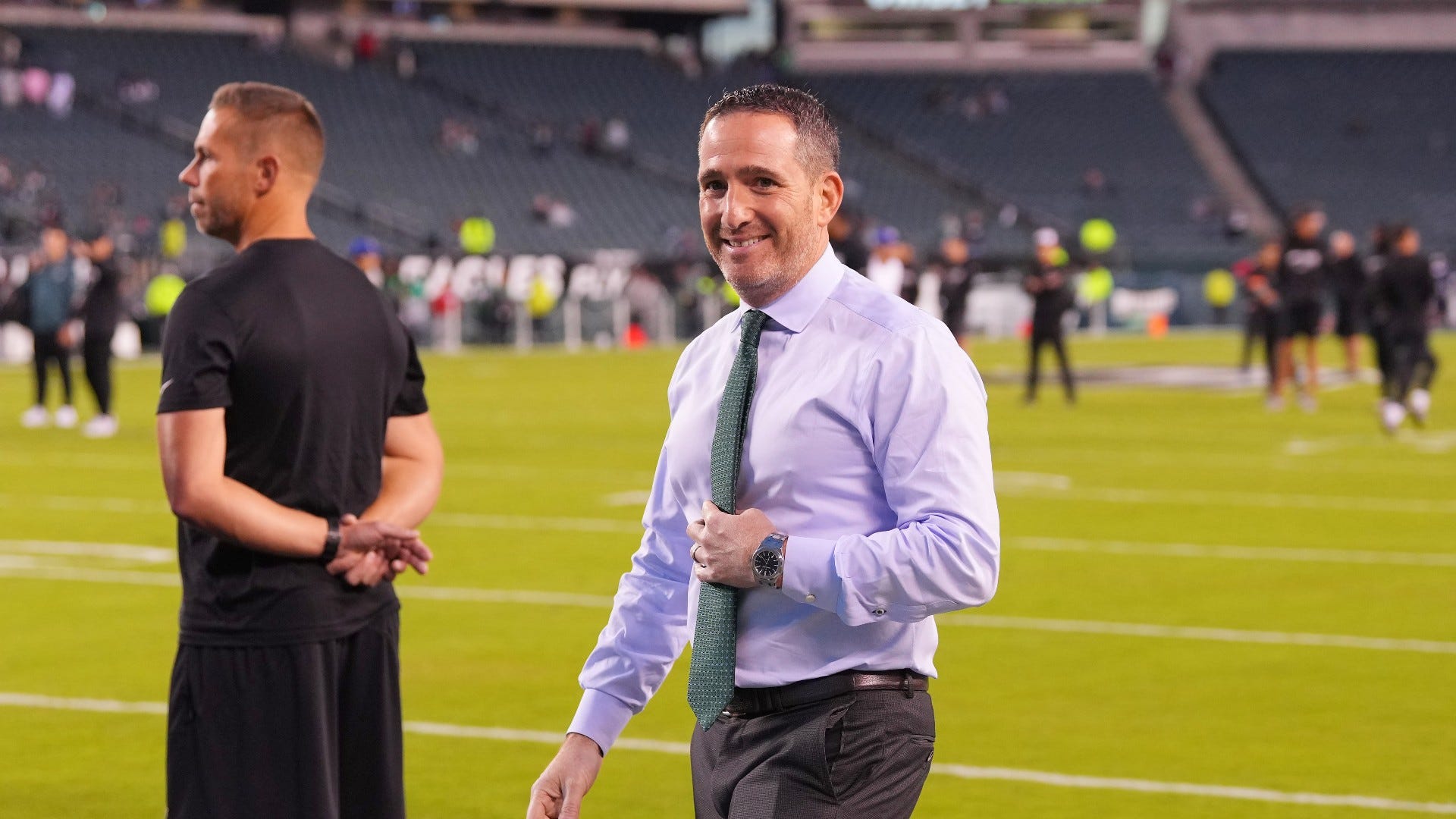 Then, of course, there’s the team we are currently watching. As all the accolades flew in for Jalen Hurts (he should be the MVP favorite right now) and A.J. Brown (the ultimate revenge game vs. Tennessee), it’s worth remembering how every current player on an 11-1 team got to Philadelphia: Roseman acquired them.

Competing for championships and roster building are the backbone of the HOF path Roseman is currently on, but don’t make up the entire case. As with most football players, there’s more to the story than simply numbers. For Roseman, it’s two-fold: Practices that have changed the NFL and a legitimate executive tree that could spawn branches for years.

Under Roseman, the Eagles have been ultra-aggressive with trades, incorporating analytics, gaming the compensatory pick system, signing undrafted free agents, and adding dummy years to contracts for in-the-moment salary cap relief. Roseman didn’t invent all of these, but front offices have been trying to copy and stay on pace with what the Eagles are doing from an actuarial perspective for years. As the Saints careen to a top-five pick (which belongs to the Eagles) in 2023, don’t be surprised if rebuilding teams attempt to aggressively push back assets for years to desperate teams to replicate Roseman’s latest coup. 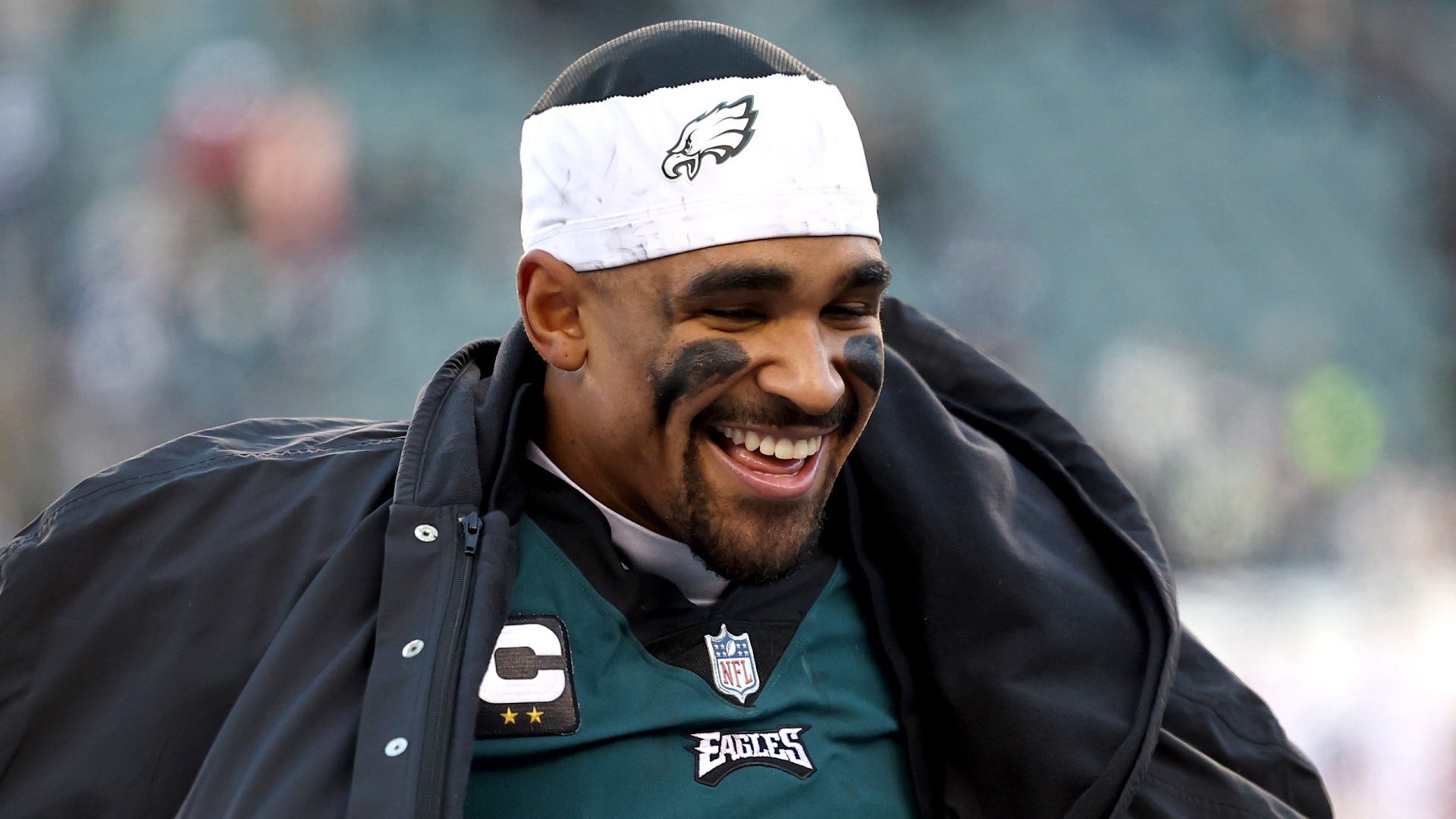 And when you look around the league, you see former Eagles executives near the top of every front office. When team owner Jeff Lurie defended retaining Roseman after the 2020 season, he cited the type of front office talent hired and developed under the then-maligned executive’s watch, even going so far as to guess that five future general managers sat under Roseman in the organizational hierarchy. That could turn out to be prescient, giving Roseman the rare general manager tree.

When you look at the (short) list of executives in the Pro Football Hall of Fame, here are the names you see: George Young, Bobby Beathard, Sid Gillman, Bill Polian, Ron Wolf and Jim Finks. Others, like George Allen, Vince Lombardi and Al Davis are listed under multiple sections, including executive. But the list of Pro Football Hall of Famers that made their mark (almost) solely as team builders is amazingly short. One day, Roseman is poised to join them.

The 2022 Eagles might turn out to be Roseman’s finest work: A dominant, balanced team led by an MVP candidate quarterback drafted in the second round and surrounded with stars acquired through trade, free agency and the draft. The fact that the Eagles are this good in spite of passing all-world players like Justin Jefferson and Micah Parsons in back-to-back drafts is actually a feather in Roseman’s cap more than a knock on his drafting ability.

When a (potentially) magical season ends, Roseman could have two rings (with two different coaches and quarterbacks) and another top-five pick to use (or trade for more future assets) to push for a potential dynasty.

Not bad for a future Hall of Famer not deemed a “football guy” all those years ago.

We strive to be a platform where varying opinions may be voiced and heard. The views, thoughts, and opinions expressed by the author(s) of this article and/or by those providing comments are theirs alone, and do not represent those of Audacy, Inc. We are not responsible for any damages or losses arising from this article and/or any comment(s).
Featured Image Photo Credit: Mitchell Leff/Getty Images