For the better part of the last six months, multiple reporters have suggested that Trea Turner hoped to return to the East Coast in free agency, with some even going as far as suggesting that the Philadelphia Phillies were his preferred destination.

As it turns out, after a year-and-a-half playing for the Los Angeles Dodgers, Turner is heading back east, as he reportedly agreed to an 11-year/$300 million deal to join the Phillies Monday.

Turner's deal, according to Audacy MLB Insider Jon Heyman, has no opt outs and includes a full no-trade clause. Both the years and total value that Turner received proved to be larger than any predictions from credible outlets, so it's fair to say that the two-time All-Star made out well in his first -- and probably only -- trip to free agency.

Still, Dennis Lin of The Athletic hears that Turner left some money on the table to join the Phillies, reporting that the San Diego Padres "offered more guaranteed money."

Matt Gelb of The Athletic even says that "San Diego’s offer was believed to be significant enough to offset" California having a higher income tax rate than Pennsylvania.

There's something to be said for familiarity -- Turner was teammates with both Bryce Harper and Kyle Schwarber in Washington, and also won a World Series with the Nationals in 2019 when Kevin Long was his hitting coach.

There's also something to be said for just being lucky. If the average person was given a chance to live in San Diego or Philadelphia, more people would almost certainly head to the West Coast. But Turner's wife Kristen is from Flemington, New Jersey -- which is just over an hour away from Citizens Bank Park. Turner himself is from Lake Worth Beach Florida, which is at least in the same state as the Spring Training home of the Phillies in Clearwater. The Padres spend their springs in Peoria, Arizona.

And so, Turner is a Phillie. Perhaps if the Phillies and Padres meet in the postseason for the second consecutive season, it will be an interesting exercise to look back on what Dave Dombrowski and company would have done if Turner took the largest offer on the table. 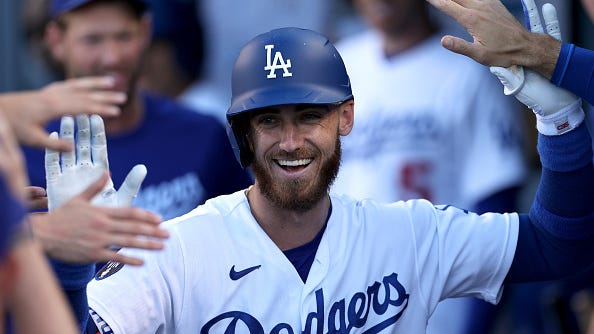