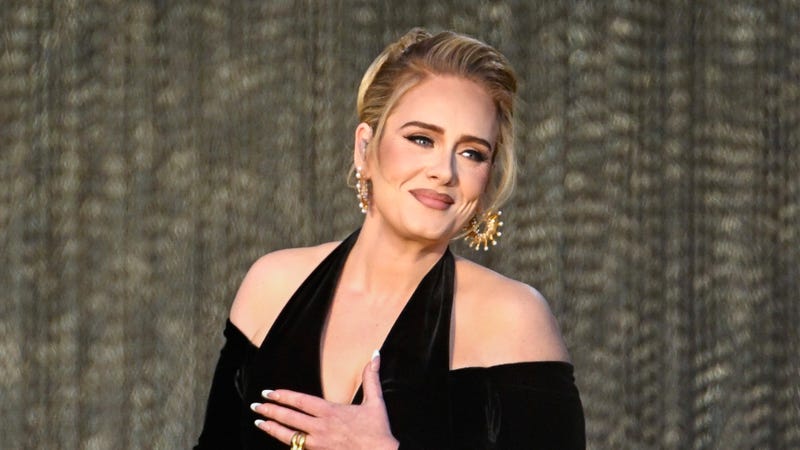 Ahead of her big Vegas residency opening night Adele took to Instagram to let her fans know just how "excited" but also "incredibly nervous” she feels.

Listen to Adele Radio and more on the free Audacy app

"I’m feeling all sorts as I write this," she started off in the post’s caption. "I’m highly emotional, incredibly nervous but can’t sit still because I’m so excited,” she continued alongside a photo of herself at the theater in front of a screen showing two baby pictures of herself.

"I feel a million miles away from home, I can’t stop thinking about when I was little and saw Tom Jones in 'Mars Attacks' and thought blimey how did he get from Wales to Las Vegas!?" she continued.

Adele also went on to note that she always gets "scared" before her shows. Which she takes it as a "good sign" because “it means I care and means I just want to do a good job.”

Listing off a few reasons as to why she's especially jittery for this particular performance. Adele said, “maybe it’s because I didn’t start when I was supposed to. Maybe it’s because it’s opening night, maybe it’s because Hyde Park went so great, maybe its because I love the show I don’t know.” She continued, “but it’s safe to say I’ve never been more nervous before a show in my career, but at the same time I wish today was tomorrow! I can’t wait to see you out there x."

You can find your tickets to see Adele in Las Vegas here.