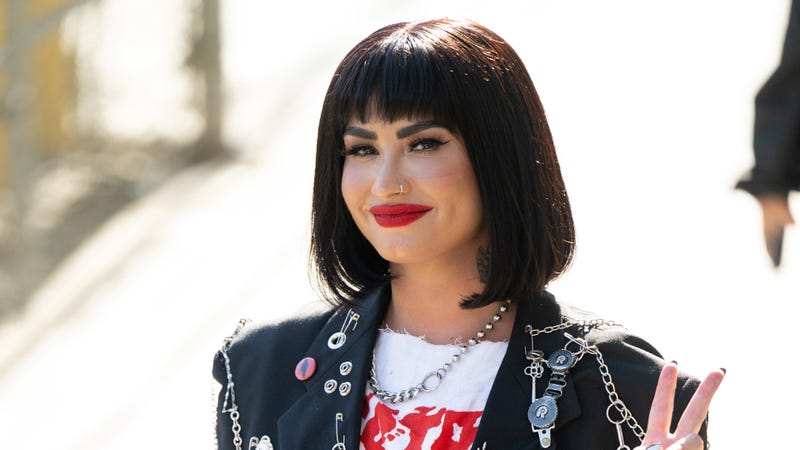 On the latest episode of the Spout Podcast, Demi Lovato joined host Tamara Dhia to explain the deep connection between her album and her sobriety, being non-binary, her recent pronoun change, and much more.

Revealing she’s returned to using she/her pronouns, Demi explained why she opted to make that change. "I’ve actually adopted the pronouns of she/her again with me," Demi said referring to herself as a "fluid person.”

Going on to say that, at the time,  "especially last year,” when she decided to identify as they/them, she felt her "masculine and feminine energy" we're at a balance.”

Further clarifying, that is wasn’t that she doesn't “feel like a man," but rather, ”I just felt like a human. And that’s what they/them is about. For me, it’s just about, like, feeling human at your core.”

Demi explained, "recently, I've been feeling more feminine,” as the reason she now uses she/her pronouns. Additionally noting that, when it comes to pronouns in general, there’s still much many need to learn.

"I think what’s important is, like, nobody’s perfect," she said. "Everyone messes up pronouns at some point, and especially when people are learning, it’s just all about respect.”

You know them for their songs, videos, and epic performances, but there is always something even their super fans don't know until now. This is the Spout Podcast, where famous people spout off about more than they're famous for.