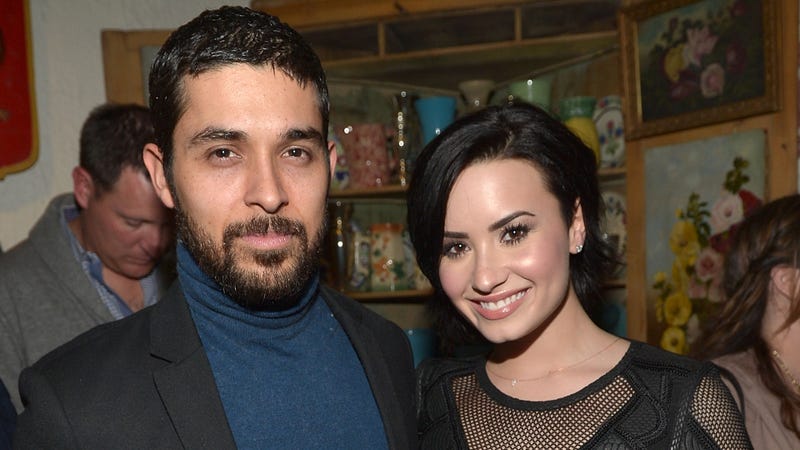 Is Demi Lovato shading her ex-boyfriend Wilmer Valderrama in her new song? That's what some fans are speculating after a snippet of "29" recently went viral.

The track, song 6 off her upcoming album Holy Fvck, was previewed at a listening party, and then ended up on TikTok. Which inevitably lead the internet to do its thing… speculate.

On the track, Demi sings "Petal on the vine / Too young to drink wine / Just five years of bleeders / Student and a teacher / Far from innocent, what the f***’s consent? / Numbers told you not to, but that didn't stop you.”

For some context, Demi and Wilmer met in 2010 when she was 17 and he was 29. Their on-again, off-again relationship, which supposedly didn't begin until she'd turned 18, lasted six years, coming to an end in 2016.

Of course it’s not explicitly stated that Demi is singing about Wilmer, but given the lyrical parallels, fans have since flooded the comments under the TikTok video to theorize that the track is about him.

"Demi Lovato is coming for blood with this new album as they call out ex-Wilmer Valderrama," one person wrote on Twitter. While another said, "I love how ‘29' can be a reference to demi's relationship with wilmer, but the title also could contain a close with their 20s, furthermore, their past, as they turn 30… demi is a true artist."