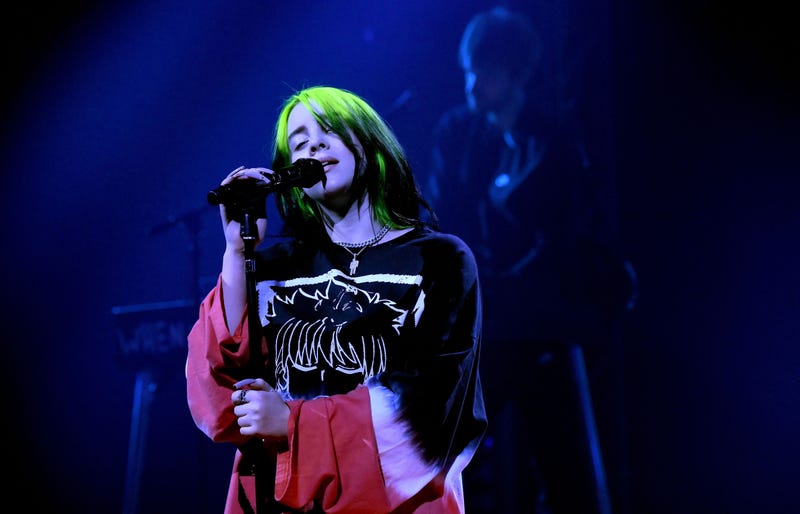 ﻿Billie Eilish is not one to deny her love of Julian Casablancas and The Strokes. When sharing her thoughts on the band’s newest album, the artist shared, “every single song [on the record] is good.”

During an interview with The New York Times for the publication’s “My Ten” series, Billie discussed how The New Abnormal played a frequent role in her daily life and how she would constantly listen to the album while going on bike rides. Eilish says, “When I first found the album, I was going on a lot of bike rides. I would play the whole album on my speaker backpack and ride around random neighborhoods, and it was always sunny and breezy and pretty and green.”

She adds, “Julian Casablancas is just a genius — every time I hear his lyrics I think, ‘I would never think to say that.’ That’s what I love about them — they’re so unexpected, but also relatable.”

The “Therefore I Am” artist also goes on to describe her love for Frank Ocean, explaining that Ocean’s Blonde is her “go-to album to play any time at all, but especially when I need to relax.”

WATCH MORE: Behind the video with Billie Eilish

Billie shares, “When I had a plaster mold made of my head for a photoshoot for the cover of Garage magazine a few years ago, I played Frank Ocean the entire hour so I wouldn’t have a panic attack.”

“I haven’t gotten to meet him, but I don’t expect him to ever even come near me. He can stay being God up in the clouds.”

In terms of her own music, Eilish recently teased her upcoming album during an appearance with Stephen Colbert on The Late Show, on Tuesday.

Due to the pandemic, this is the first long period of time that Billie has had off in four years, so the artist capitalized on the free time to craft a new album. “I don’t think I would’ve made the same album, or even the album at all, if it weren’t for COVID,” Billie says. “That doesn’t mean it’s about COVID at all, it’s just that, when things are different in your life, you’re different. That’s just how it is. So, I have to thank COVID for that, and that’s about it.”

Additionally, the singer details what it was like being followed by cameras for about three years for the making of her upcoming documentary, The World’s a Little Blurry. She shares that the experience was fun and that the filmmakers were cognizant when she expressed needing time away from the cameras.

When Colbert asks her if she feels like her true self in the upcoming film Billie replies, “I think I am. I think it’s important to know, though, as an audience member of a doc… it’s not everything. You’re seeing a sliver of my life at that time.”