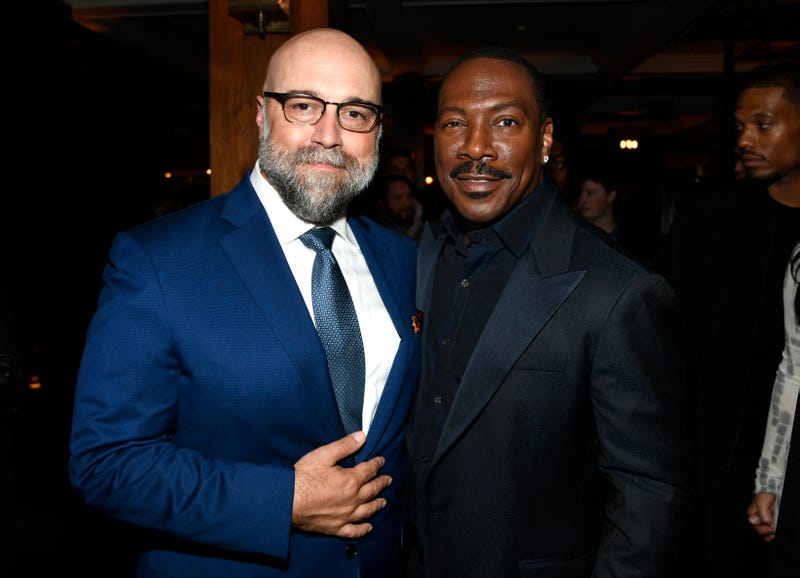 It’s been over 30 years since Prince Akeem first graced the American soil and now we’re just a few days away from him doing it all over again.

Eddie Murphy, Arsenio Hall and the original cast (plus some newcomers) are coming back together for Coming 2 America, set to premiere on Friday March 5. The film’s director, Craig Brewer joined RADIO.COM’s own Gary Parrish to discuss the highly-anticipated sequel.

The Royal Family has always treasured family far beyond anything else. Even when surprised with a 30-year-old son and his…, as they say, moms. Take part in the Royal festivities on @primevideo March 5. pic.twitter.com/aNtKosjCt8

Hilariously, Brewer confessed that Murphy initially wanted to cast Tracy Morgan as his son in the forthcoming sequel, but Brewer felt confident to quickly decline that notion. Morgan will tackle a different role in the film. Despite the film being partially set in New York City, it was actually filmed in Atlanta, not too far from where parts of Black Panther were shot. In reality, the palace is the home of Rick Ross. “I really like Rick Ross a lot. We really got along and I put him in the movie and everything ‘cause he’s such a fan.”

In order to give the “Aston Martin Music” rapper’s home the true feel of Zamunda Royalty, it was designed as such with new furniture. Funny enough, when filming wrapped, he did not want to part ways with the new style. Brewer laughed as he reflected, “we decorated his house like a kingly palace and when it came time to get all our furniture outta there and leave, he was like ‘hold up, hold up! I want all this to stay.’”

Another cool thing is that Zamunda is practically a neighboring place to Wakanda. Brewer expressed that when they were filming a scene “in the plains of Zamunda,” he contemplated about where the location would “pass for Africa.” Someone on his team pointed out that not too far away was where King T’Challa took on Thanos’ army in Marvel’s Avengers: Infinity War.  “Oh! Oh!,” he exclaimed. “So, Zamunda’s just really like right next to Wakanda.”

Many fans are still on the fence about the sequel, but Brewer feels “so much of what the movie is about is loving the past but moving forward.” After some saw the film, they realized some fans simply aren’t being open enough to digest a new spin on such a classic film. Brewer explains that because Prince Akeem chose Lisa, instead of the woman from a rivaling country, consequences will ensue if he doesn’t right his “wrong.”

Coming 2 America will be available to stream exclusively on Prime Video this Friday. Check out the trailer and Craig Brewer’s full interview with The Gary Parrish Show above.

WATCH MORE: What To Watch This Weekend