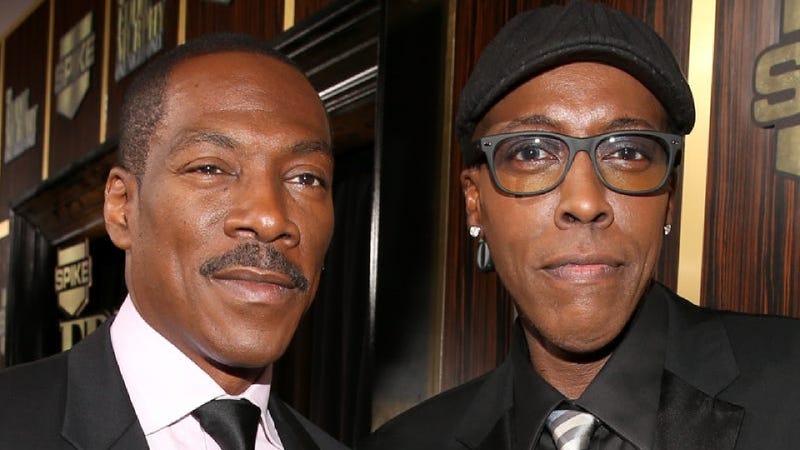 When someone mentions a film that is considered to be a classic and you haven’t seen it, you know what that reaction is like— shock mixed with confusion, followed by a “how?!” Classic films transcend time, genre, and several other factors. You can press play, regardless of mood, location or occasion and it always is the right time. Coming To America is, undeniably, one of those films.

The 1988 romantic brainchild of Eddie Murphy is comedic genius. The concept is simple: an African prince sets out to find himself and his true love in a place “worthy of a King”-- Queens, NY. The “sole heir to the throne of Zamunda” is welcomed into America by a colorful cast of characters and the film embarks on a hilarious journey where Prince Akeem rids himself of his royal title, and navigates adulthood like the rest of us. The quotables are countless. The entire cast are icons in real life. Not to mention, before Wakanda, we had Zamunda. It was a movie that, honestly, didn’t have to be touched.

For years, rumors came and went about the status of a Coming To America sequel, but now that it’s here, in the words of Aretha Franklin: “great gowns, beautiful gowns.”

Coming 2 America arrives 33 years after its predecessor and most of the original cast reprise their roles: Murphy and Arsenio Hall as Prince Akeem, and his best friend/aide, Semmi (respectively), Shari Headley as Lisa (love interest, now wife), John Amos as Cleo McDowell, James Earl Jones as King Jaffe Joffer, Paul Bates as Oha and even Vanessa Bell Calloway as Imani (the woman from the rival African country Akeem was arranged to marry who incessantly barks like a dog on command).

In the modern spin, it’s time for Prince Akeem to choose his heir. He and Princess Lisa have three daughters, but according to Zamundan law, only men can inherit the throne. On the King’s death bed, it’s revealed that Akeem has a son in America, whom he never knew existed and he sets off to connect with this man, so the son can take his rightful place as a Zamundan heir. The premise isn’t exactly far-fetched, but it’s underwhelming and predictable. Throughout the sequel, scenes from the original are incorporated and tugs on our nostalgic-ridden hearts.

Fall in love with Akeem & Lisa all over again 💞 Coming 2 America is now streaming. pic.twitter.com/V9Zj1b4Bzi

The presence of new faces like Jermaine Fowler as Lavelle Junson (Akeem’s estranged son), Wesley Snipes as General Izzi, Teyana Taylor and Rotimi as his children, the dynamic Kiki Layne from If Beale St. Could Talk as Princess Meeka, Leslie Jones, and Tracy Morgan were welcomed and befitting for present-day. Oscar award-winning Costume Designer Ruth E. Carter, the mastermind behind some of the most iconic Black films including Black Panther, B*A*P*S*, What’s Love Got To Do With It, Sparkle and much more, was tapped for the looks of Coming 2 America and this was one of the more enticing parts of the film. The cast looked incredible and the vibrancy leaped off the screen. Everything else, especially the comedy, was a little lacking.

It’s been said time and time again: not everything needs a reboot. However, when films do get a sequel decades after the original, you get one of two outcomes. You can get the rave reviews The Best Man Holiday received or you get the critical analysis about where Bad Boys For Life fell short. Unfortunately, Coming 2 America falls into the latter. While Director Craig Brewster did ask fans to be open minded, in regards to the sequel, it’s very hard to remain objective. The thing with this sequel is it can't compete with its original. From inception to execution, it didn't stand a chance.

Even in the film, Junson refutes a statement about American films being "the best" saying, "that's [blasphemy]. What do we have besides superhero s***, remakes and sequels to old movies nobody asked for?" The film may have been poking fun at itself, but the question holds weight— "if something is good, why ruin it?"

Is Coming 2 America worth watching for a casual movie night in? Absolutely.
Will you be judged as harshly if you don’t see it immediately? Highly unlikely.