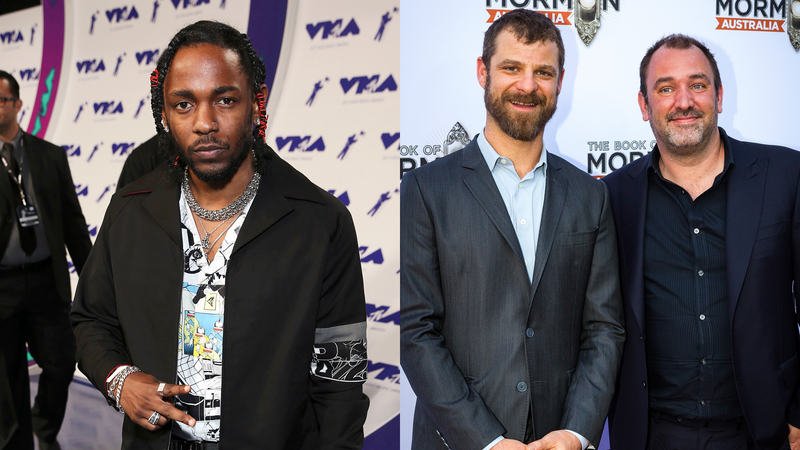 While we’re still waiting for a new Kendrick Lamar album, it seems he has some other plans in the works. Teaming up with South Park creators Matt Stone and Trey Parker on a new live- action comedy feature film for Paramount Pictures.

Lamar along with his PGLang partner Dave Free will produce the project alongside Stone and Parker. Launched in 2020, Kendrick and Dave have described it as “a multi-lingual company, communicating this generation’s creative language through mediums exemplifying the shared experiences that connect us all.”

As per the official press release, the yet to be titled project, written by Vernon Chatman, will “depict the past and present coming to a head when a young Black man, who is interning as a slave re-enactor at a living history museum, discovers that his white girlfriend’s ancestors once owned his.”

Chatman, an Emmy-award winning writer, director, producer and voice actor, known for creating Adult Swim’s Wonder Showzen and Xavier: Renegade Angel, as well as voicing Towelie, the weed-smoking talking towel on South Park, previously worked with both Killer Mike on Trigger Warning With Killer Mike, and Snoop Dogg on Doggie Fizzle Televizzle, and was also a writer for The Chris Rock Show.

As for Stone and Parker, the longtime collaborators recently signed a deal with ViacomCBS for six more seasons of South Park, in addition to 14 movies. This project with Kendrick will be the duo’s first foray into a non-South Park scripted film since 2004’s Team America: World Police.

Production is set to begin in the spring, with the film expected to show in theaters and be available to stream on Paramount+.