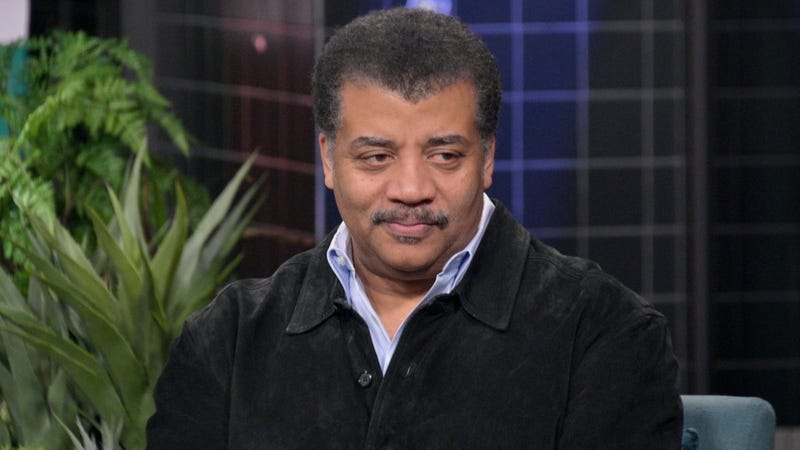 Here’s some great news to make you chipper for the weekend. The zombie apocalypse isn’t such a crazy idea!

Astrophysicist Neil deGrasse Tyson joined Audacy's Klein & Ally on KROQ for a wide ranging conversation that began with a tweet that caused a bit of a stir. It began on Twitter when deGrasse Tyson said that lunar eclipses aren’t rare. When asked if he’d liked to walk back his comments or double down, he chose the latter.

“The thing lasts three hours,” he said. “You can start the eclipse, go in, have a midnight snack, come back out and it’s still going on. Anyone who is angry has never seen a solar eclipse. Those are spectacular! It’s by contrast, that’s all.”

“What I’ve learned is, you’re not allowed to express an opinion on Twitter!” He added with a laugh.

Lunar eclipses occur on average every two or three years and are visible to all the billions of people who can see the Moon when it happens.

So, contrary to what you may have been told, lunar eclipses are not rare.

deGrasse Tyson was also asked about his opinion on whether or not there’s extraterrestrial life and if Congress should be looking into UFOs. While he would love to give his opinion, deGrasse Tyson joked, “I’m not authorized to comment on that any further.”

Here’s one thing that leaves him skeptical about the congressional UFO hearings actually yielding evidence of extraterrestrials. “Everyone keeps thinking that it’s visiting space aliens from another space galaxy and I’m saying, if we were visited by aliens with the frequency they’re describing, you wouldn’t need a congressional hearing to establish the facts,” he said.

“Do you know how many smartphones there are? There’s like six billion smartphones in the world. Each one is a high resolution camera and video system. We are crowdsourcing an alien invasion were one to ever occur. I’m not convinced it’s aliens, but it is a fun mystery! Go check it out, go look for it.”

deGrasse Tyson also pointed out that claims of alien abductions are much lower in recent years. “If you’re abducted, you could stream that!” He exclaimed.

Nearly seven billion smart phones in the world. Imagine video of an extraterrestrial ship landing, with aliens disembarking. I’m thinking that would go viral too.

The astrophysicist was then asked how to handle a zombie apocalypse and ended up giving Klein & Ally a rather jarring statement. “It’s more real than you think,” he said.

Ummmmm, ok?!?!? Anyway, he continued, “Here’s the problem. In a zombie apocalypse, once you become zombified, you can no longer work. What happens when the people who run the electric system get zombified? You lose your electricity. The people who drive the trucks? You lose the delivery system, the supply chain.”

deGrasse Tyson then said that our fear shouldn’t be over what happens when you turn into a zombie. “We should instead fear what happens to everything that you depend on that we depend on in civilization,” he said. “How are we going to interact with each other in response to the fact that we lost civilization, that’s where the insights come from.”

You can listen to the full talk with Neil deGrasse Tyson above.