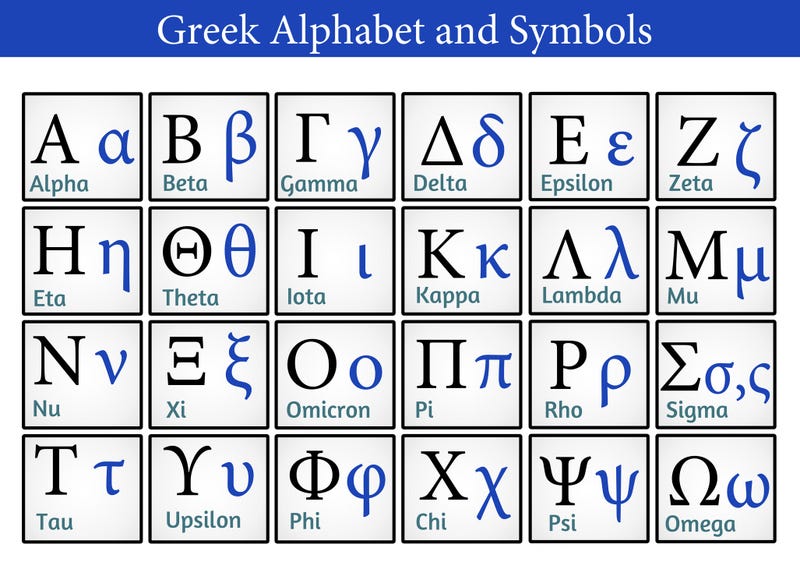 What’s in a name?

If we’re talking COVID-19 variants, then Greek letters would be the only ingredients in the nominal stew.

We’ve seen versions of COVID-19 with names like Epsilon, Iota, Lambda and, of course, Delta. And you would think that the World Health Organization is just rolling right down the Greek alphabet conveyor belt as new variants rear their ugly, infectious heads.

But that isn’t necessarily the case, as evidenced by the latest variant. Scientifically, it’s name is B.1.1.529, but colloquially it shall be known as Omicron, as deemed by the WHO.

That however has led to questions from Greek literary scholars and fraternity bros who took note that a couple of letters were skipped outright – Nu and Xi.

As for why, the WHO answered that question in an email to CNN.

“Nu is too easily confounded with ‘new’ and Xi was not used because it is a common surname," the statement read. “And WHO best practices for naming new diseases suggest ‘avoiding causing offense to any cultural, social, national, regional, professional or ethnic groups.’”

According to its website, the organization says its methods of naming diseases “aim to minimize unnecessary negative impact of disease names on trade, travel, tourism or animal welfare.”

Though the Greeks pronounced it differently, Xi is indeed a very common Chinese surname. Look no further than Chinese president Xi Jinping.

Omicron is the 15th letter of the Greek alphabet. It’s unknown whether or not any more letters will be skipped in the future, but with how quickly some COVID variants get spun off, let’s all hope all the holiday celebrations in the next few weeks are devoid of Pi.