It’s been almost a year since the world has been impacted by the coronavirus pandemic.

On Sunday, Rita Wilson, who tested positive for COVID-19 alongside husband Tom Hanks a year ago, reflected on the alarming diagnosis.

The 64-year-old actress posted about her experience being one of the first celebrity couples to contract the virus while abroad in Australia for the pre-production of Hanks’ Elvis Presley biopic.

"One year ago today I was playing the Sydney Opera House @sydneyoperahouse , the next day started feeling very tired and achy, two days later hospitalized with Covid 19." she wrote alongside a photograph of her and her husband taken shortly before the diagnosis.

She continued: "I want to take a moment to say how grateful we are for our health, how thankful we are for the medical care we got in Queensland, and that we share in the sorrow of each person who lost a loved one to this virus.”

Wilson noted that she was optimistic due to the vaccine, while also crediting music with playing a role in her healing process.

"I'm hopeful for so many being able to get the vaccine. I also do not take for granted that creating music stayed a part of my life through @zoom remote and safe recording and writing," she wrote. "Music has been very healing this year. So thankful for that, too."

During an appearance on the Ellen DeGeneres show last month, Wilson said that she no longer tests positive for COVID-19 antibodies.

"You kind of feel superhero-like and superhuman because you have the antibodies and you feel like you can go places and do things, except nobody else can go anywhere and do anything," she told the host. 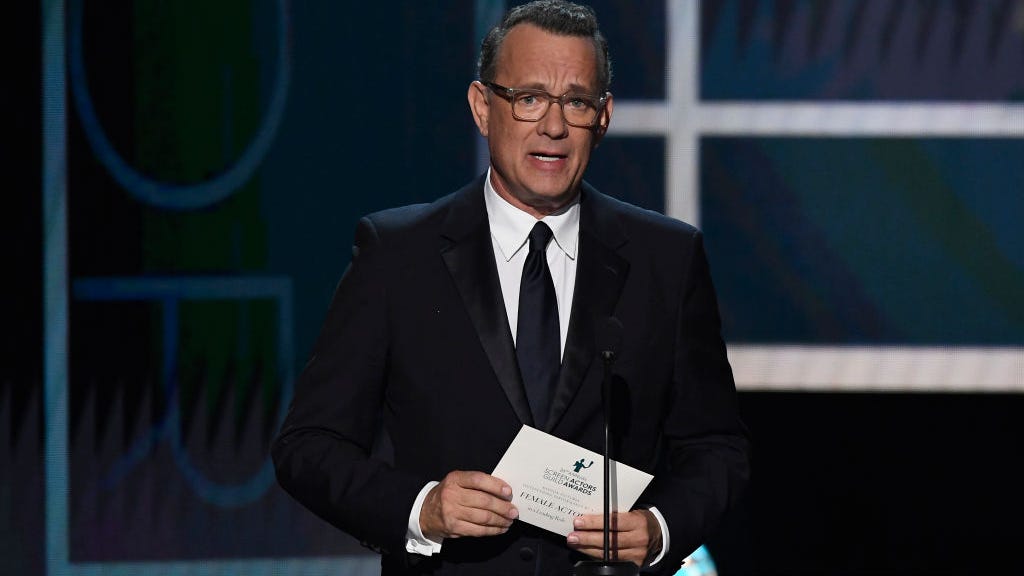 Tom Hanks Has a Message for People Not Wearing Face Masks: 'Shame on You'

DeGeneres also tested positive for the novel virus in December, but has since recovered.

"I just tested two weeks ago and I don't have the antibodies anymore," Wilson said, noting, "But it's okay, I have a mask and I have hand sanitizer, so I'm back like everyone else."

Shortly after being diagnosed, Hanks gave an update about their symptoms from quarantine.

“We felt a bit tired, like we had colds, and some body aches. Rita had some chills that came and went. Slight fevers too,” he explained.

Wilson previously said her temperature reached 102 degrees and that she lost her sense of taste and smell.

In the months post-recovery, Hanks remained committed to donating his plasma for science.