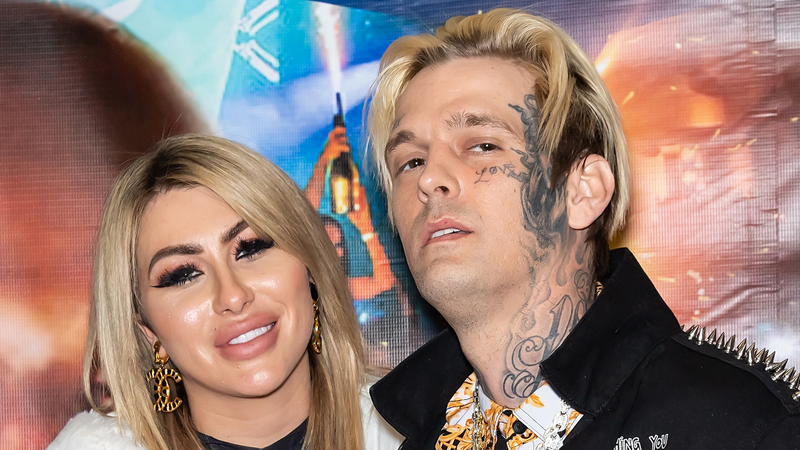 For today’s fill of drama, just days after welcoming their son, Aaron Carter and fiancée Melanie Martin have gone their separate ways.

As to be expected there’s a bit of he said.. well actually yeah so far only he said and not so much she said, with Aaron taking to Twitter to announce the split claiming he’d been “lied to” and betrayed”.

“Due to personal reason Melanie Martin and I have decided to go our separate ways. There has been a very big lie and my sister communicating w my ex fiancé ruined everything considering she knew what angel tried to do to me in court thanks angel you ruined my family. God bless”

Due to personal reason Melanie Martin and I have decided to go our separate ways. There has been a very big lie and my sister communicating w my ex fiancé ruined everything considering she knew what angel tried to do to me in court thanks angel you ruined my family. God bless

Throughout his twitter spree, Aaron claimed that Martin, was in secret communication with his estranged twin sister, Angel Carter, whom he hasn't spoken to in three years. And that whatever was discussed was then shared with his brother, Backstreet Boys singer Nick Carter with whom Aaron is also estranged.

“I’ve never felt more devastated and betrayed and lied to in my entire life,” he wrote in a additional tweet. “This is such a horrible situation considering prince doesn’t deserve any of this and now it’s my job to just be a single father and that’s what’s gonna happen.”

As the drama continued to unfold, Carter replied to one of his Twitter followers saying that Martin had told him she would be moving to Las Vegas, noting “I’ll never see my kid again.”

She told me she’s moving to Vegas and I’ll never see my kid again https://t.co/AkuRvbllYj

For his final tweet directly addressing the situation Aaron thanked his supporters and asked for respect while he and Mel “transition and navigate this unfortunate situation.” He of course then went on to emotionally subtweet, as expected, considering the circumstances.

When you hit rough waters, you set sail.

After first confirming their relationship in January 2020. Carter and Martin have publicly had many ups and downs including a breakup, a reunion, and a pregnancy loss.

Then just about two months ago, before the birth of their son Prince, things appeared to be leaning towards the side of good. As a then-pregnant Martin (who’s account has since been deactivated) gushed about Carter in a touching tribute on Instagram.

“The couples that are meant to be, are the ones who go through everything that is meant to tear them apart and come out even stronger. Even through our darkest storms I know you’re the one I want to spend the rest of my days with @aaroncarter. I’m so blessed and grateful for the life we have built,” she wrote. “I can’t wait to welcome our son into this world in just a few short months. I love you with all my heart. I’m so excited for our little family and all of life’s blessings coming our way. We all have ups and downs but I intend to keep my private life behind doors. You live and you learn. Xx.”

Unfortunately, as we now know, those loving feelings towards each other didn’t last. But who knows maybe they’ll return. Stay tuned.