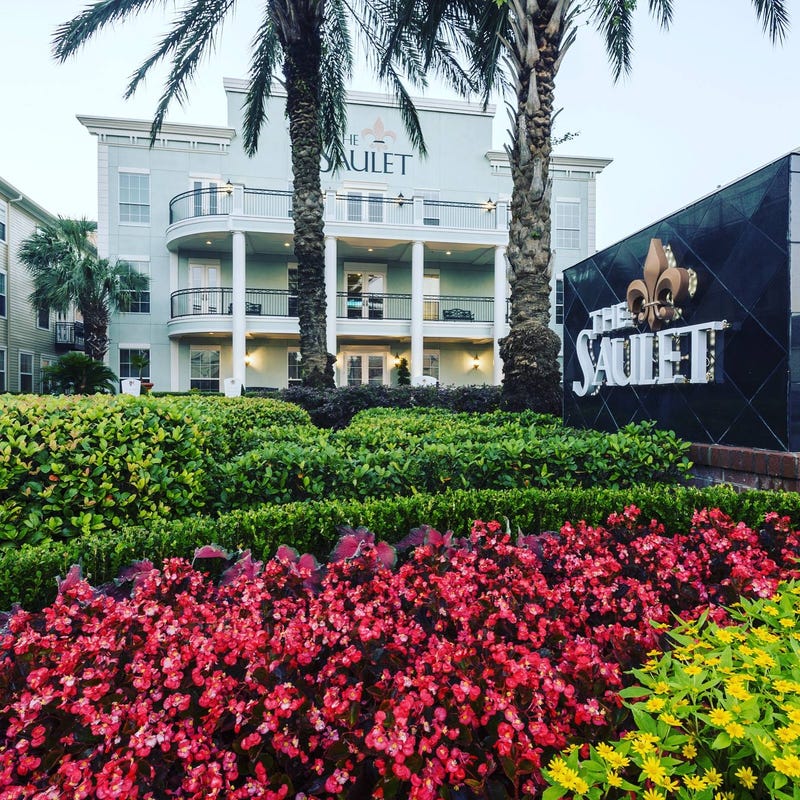 Soon after Hurricane Ida left a path of destruction across Southeast Louisiana, tenants at the Saulet Apartment Complex in the Lower Garden District began getting eviction notices.

The apartment complex claims some apartments are “no longer fit for human habitation” after they were damaged by Hurricane Ida. In a letter sent to tenants on Friday, the complex says they “are terminating your lease effective five days from the date of this letter.”

“The apartment complex knew about the damages in my apartment for a week and never said anything to me. They told me I had 10 minutes to pack a bag and leave,” Kaiya Wilkes told WWLTV. She had moved into the Saulet Apartments just last month.

Wilkes says her apartment was unlivable because of the falling ceiling and mold on the walls but she thought it was repairable after seeing maintenance workers inspecting her apartment.

“I consider it unlivable because you can’t live in mold because of how much there is, but it is definitely repairable,” she explained.

“The five days and them wanting to dispose of my stuff after five days is really the biggest thing that bothers me. There were no options, there was no communication before that letter was sent, there was nothing. They just kicked me out.”

An attorney filed a cease-and-desist request on behalf of another tenant.

“You cannot evict anyone until one, the court opens up and two, the 24th per the governor’s order,” attorney Kenneth Bordes explained to the news outlet.

His client claims the damage reported is not storm-related and that she had put in repair requests for the damage before the hurricane hit.

“If in fact it shows we’re in an unsafe environment, already just put us in a new place, that’s fine. But right now they’re not saying anything other than leave and I’m looking at my place and it’s the same way I left it,” said Bordes.

A statement from Saulet management says they had “no choice” and had to terminate tenant leases according to WWLTV.

"Hurricane Ida was one of the strongest storms in recorded history to strike southeast Louisiana. Like many buildings in the area, The Saulet experienced wind and water intrusion damage. A third-party inspector has determined some apartments are uninhabitable and repairs cannot be safely accomplished while the apartments are occupied. Resident health and safety are our top priorities. To this end, we have no choice but to terminate those residents' leases as authorized by their Apartment Lease Contracts. After hearing residents' concerns, we have extended the move-out date noted in our September 9, 2021 letters, giving affected residents additional time to make other arrangements,” the statement said.