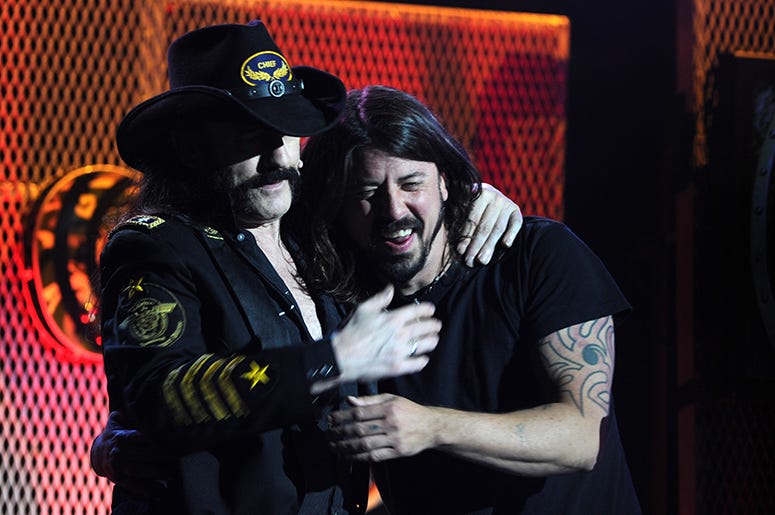 The legacy and legend of late Motörhead frontman Lemmy Kilmister continues on...

Foo Fighters frontman Dave Grohl recently spoke of his admiration for the larger than life metal icon in the January issue of OK! magazine, and the influence the rock god had on the band's latest single "No Son Of Mine."

Grohl explains the song's origin began with a "country swing to it, but then we decided for something a bit more aggressive, and it turned into these chunky riffs," remarked Grohl. "I wish Lemmy were alive to hear it, because he would see how much an influence he’s been to me."

Continuing as the guest editor for Classic Rock magazine, Grohl also spoke fondly(?) of Lemmy, his filthy apartment anyway, and his shock "at how f***ing disgusting it was... aisles of magazines and VHS tapes, stacked three to four feet high, Lemmy sitting on the couch, in his black bikini underwear with a spiderweb on them, after just dyeing his hair black, doing a phone interview, with a video game on pause on the television." He says Lemmy offered him a Jack Daniels at "11:15 in the morning" that day. Dave, wise sage that he is, knew the only reply was, "Sure." 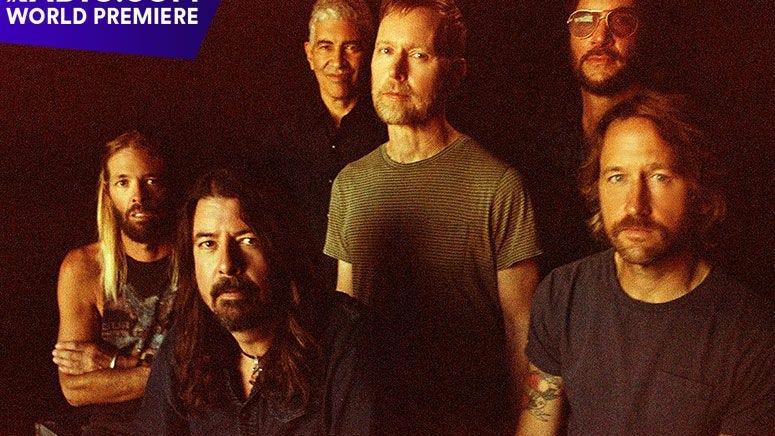 "No Son Of Mine" is just the latest taste of the new Foo Fighters record, Medicine at Midnight, which will be released in full on February 5, 2021. The album was originally slated to arrive in 2020 before delays due to the COVID-19 pandemic.

For those who have been following along with Grohl's side-projects over the years, you'll remember just how awesome his collaboration project Probot with Lemmy truly was. If you're new around here, enjoy the track below.

In the OK! interview, Dave was also asked whether or not he would entertain an idea floated by AC/DC's Brian Johnson, who said if Dave ever ran for president he would have his vote. "That is one job I'd never want," Grohl said. "I mean, I've worked at pizza places, I've worked at record stores, I've been in a rock band, but I do not want to be the president."

The Foo Fighters will be a part of the 2021 Inauguration festivities celebrating the swearing-in of newly elected President Joe Biden and VP Kamala Harris. The 90-minute “Celebrating America” special takes place at 8:30 PM ET today, January 20, and will be hosted by actor Tom Hanks.