If you haven’t heard, Jack Studnicka got bigger this summer.

Those reports began circulating a few weeks ago and were confirmed by those who attended Bruins captains’ practice earlier this week.

The bulk-up is apparently so noticeable that Providence Bruins coach Ryan Mougenel admits he was actually a little “shocked” when he saw the new-look Studnicka.

“Just staying in town and making that commitment to getting bigger and getting stronger, for him it’s visible. I was shocked,” Mougenel said. “I hadn’t seen him in a couple weeks. He’s definitely put the work in of taking the message of getting bigger and stronger.”

Obviously, this is an important development for Studnicka. The 2017 second-round pick has emerged as one of the Bruins’ top prospects with his improvement over the last couple years, but he’s coming off a bit of a tough season.

Studnicka got some opportunities at the NHL level during the 2020 restart and then early on last season, but he couldn’t quite stick in the lineup, in part because the points haven’t really come yet -- he has one goal and three assists in 27 total NHL games (including five playoff games). Then he only got 11 more games in with Providence last year while dealing with an injury.

One issue Studnicka has run into at the NHL level -- and one Bruins coach Bruce Cassidy has mentioned -- is that he has been a little too easy to knock off the puck at times. That, of course, is where getting bigger and stronger comes in.

“Will it translate to his game? I’m sure it will,” Mougenel said. “Again, Jack is one of those players that’s knocking on the door. We forget how young -- he’s still on his entry-level deal. He’s a special player. I think the one thing that comes out of it is that he did what we wanted him to do, which is get bigger and stronger. Now it’s up to Jack. He’s gonna get some opportunity here.

“…He’s a smart kid. He gets it. And again, he’s one of those kids who’s put the time in, and he’s ready. It’s up to Jack. We can talk about how much stronger and how much faster he’s gotten, but now it needs to translate to his game, which I’m sure it will.”

If it does translate to stronger puck possession and more battles won, Studnicka will certainly have a chance to win an NHL roster spot out of camp this season.

The 22-year-old center has the potential to be something of an X-factor. While Charlie Coyle will get first crack at the No. 2 center job and Jake DeBrusk, Erik Haula and Nick Foligno seem to be penciled in as the third line, a strong training camp and preseason from Studnicka could shake that up.

Studnicka may not be well suited for a fourth-line role -- at least not if Cassidy uses his fourth line similarly to past seasons -- but his skill set is certainly a fit in a middle-six role if this bulk-up allows him to start translating potential and flashes into tangible, consistent results.

“It’d be nice to see him watch a couple pucks go in the net here in training camp and in exhibition games,” Mougenel said. “He’s a guy, his play just grows from there.” 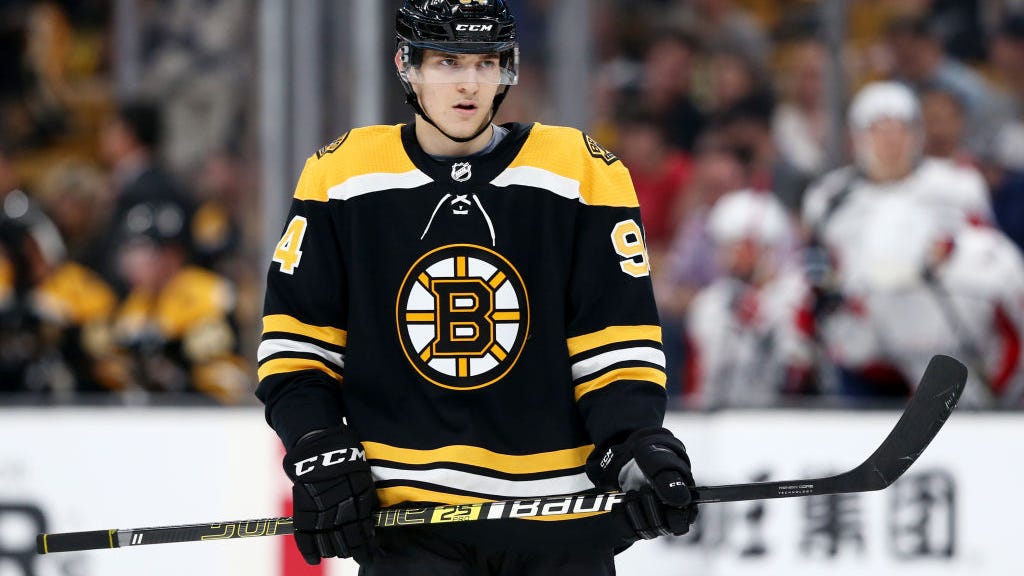