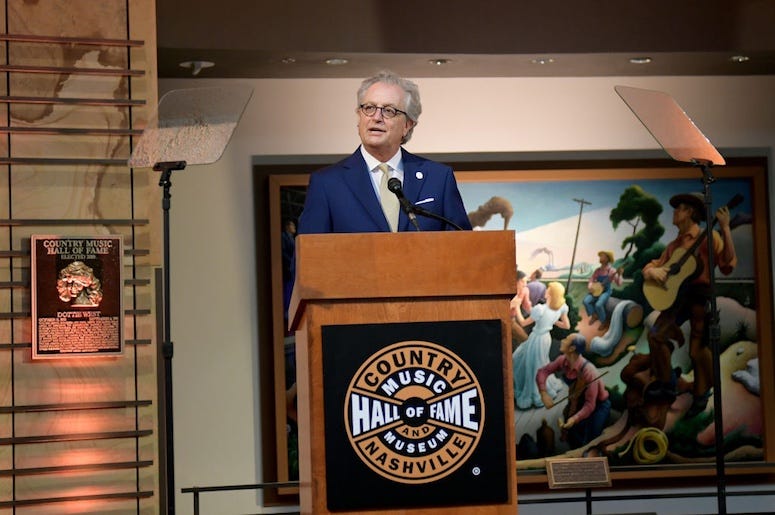 Ready for a night at the museum? The Country Music Hall of Fame and Museum will do you one better, a BIG NIGHT at the museum featuring Country music’s biggest stars playing the iconic instruments that helped shape the genre.

The BIG NIGHT (At the Museum) is a virtual fundraiser hosted by the Country Music Hall of Fame and Museum and will take place on October 28 at 9 PM ET/6 PM PT on the museum’s YouTube channel. The event will be hosted by class of 2020 inductee Marty Stuart with audio supervision from Dave Cobb.

Like many other businesses, the Country Music Hall of Fame and Museum was forced to shut its doors back in March at the beginning of the COVID-19 pandemic. While they reopened back in September, it’s been in a limited capacity that won’t make up for the lost time. “As I look at the year and if things can continue to go the way they are and we can stay open, we’re looking at $35 million in lost revenue,” Kyle Young, the CEO of the Country Music Hall of Fame and Museum said in an interview with RADIO.COM. 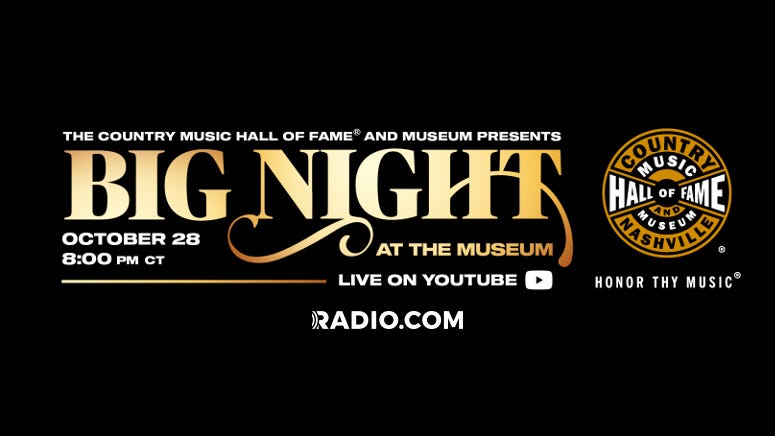 “There’s a real need for this,” he adds. That’s where BIG NIGHT (At the Museum) comes in. The fundraiser will go towards supporting the Museum’s Coronavirus Relief Fund, which provides critical aid to sustain the Museum’s world-class exhibitions, collection preservation, and educational programming now and into the future.

BIG NIGHT (At the Museum) also stemmed from Young’s belief that the pandemic will ultimately change what museums will look like in the future. “When we were in the dark, we were really focused on digital presence and digital programming,” he says. “We really have an opportunity to expand the cultural footprint if we can get people that don’t necessarily have to come there.”

It’s one thing to hold a concert that will help raise funds for the museum, but Young wanted to do something bigger. Young and his team were inspired by the viral videos the Shedd Aquarium in Chicago put out at the beginning of the pandemic where they let penguins have free roam of the museum to interact with the exhibits and other sea creatures.

“That started us to think about what we had behind glass,” Young says. “The backbone of our place is this huge, wonderful collection and instruments are a part of that. That’s the genesis of BIG NIGHT.”

Young and his team at the Country Music Hall of Fame and Museum are taking their iconic instruments and putting them in the hands of Country Music’s biggest stars to perform. Kane Brown will be singing a Randy Travis hit with Travis’s guitar, Miranda Lambert will play John Prine’s custom guitar, Brad Paisley will strap into Don Rich’s 1964 Fender Telecaster, and the list goes on.

A post shared by Country Music Hall of Fame (@officialcmhof)

BIG NIGHT is connecting Country music’s past with its present and ensuring the lineage stays alive well into the future. “If nothing else, we are documenting for all time,” Young says. “These are very real performances that explain the importance of the instrument in a way. These are very real connections.”

Young doesn’t take for granted the connection Country artists have with these instruments. “It was incredibly emotional for two reasons,” he said. “First, I was so grateful that they (the performers) were willing to answer the call and come down and trust us.”

“To see what happened when the instrument was handed off and the artist started playing it, I was overwhelmed more than once by that,” he says. “What we were really doing here was connecting the artist in a very genuine way with their past.”

During BIG NIGHT (At the Museum), @DanTyminski and @BradPaisley will play guitars from two of their heroes: Buck Owens, and Owens’s right-hand man and best friend, Don Rich.

BIG NIGHT (At the Museum) will air October 28 at 9PM ET / 6PM PT on the Country Music Hall of Fame and Museum’s YouTube page. To find out more about the event and to support the museum, click here.

See a full list of artists and instruments that will be a part of BIG NIGHT below.