2020, amirite? The lockdown, now in its sixth month since the beginning of stay-at-home recommendations took effect, has been causing some folks to go a little stir-crazy, while others have flourished.

It looks like Country band Old Dominion are going through a little of both.

The Nashville natives have offered up a Meow Mix of their latest self-titled record, completely substituting all of the lyrics with ones only your feline friends will be able to appreciate.

"What the hell is this?," "You've lost your minds!" -- purrfect responses from fans can be found all over the band's social accounts since the release last week, and the members are just lapping them up like warm milk. It's "just a bunch of grown men making a joke," singer Matthew Ramsey tells People magazine, explaining the reason behind the new mix. 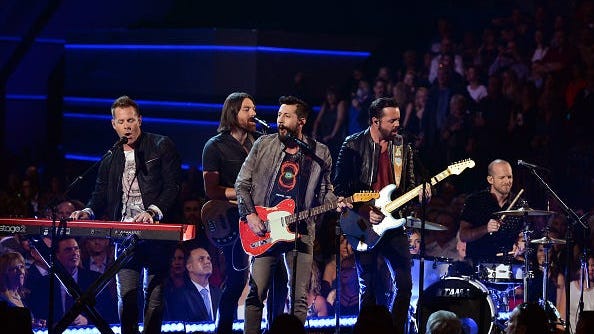 Springing from the the minds of five men who spend a lot of time together on tour and all of the inside jokes that come along, Ramsey says the initial idea came during a band meeting when someone showed agreement with a nonsensical "Meow, meow." Eventually, they started showing up everywhere the band went.

"I'd slip in a few meows here and there," Ramsey says.

Studio time for the project was booked in secret as "vocal rehearsals" so they could properly spring the mix on everyone. "The blank stares that we got were worth it," he says remembering the day they handed it over to their label.. "One person, two people in the room were like, 'Okay, that's funny.'"

"If we believe in it, they'll do it," Ramsey says of RCA Nashville. "I'm sure there was some internal talk about, 'What are they doing? They've lost their minds.' And then it developed into them supporting it almost too much. We're not trying to make a splash or anything. We just think it's funny, and that's the only reason that we did it."