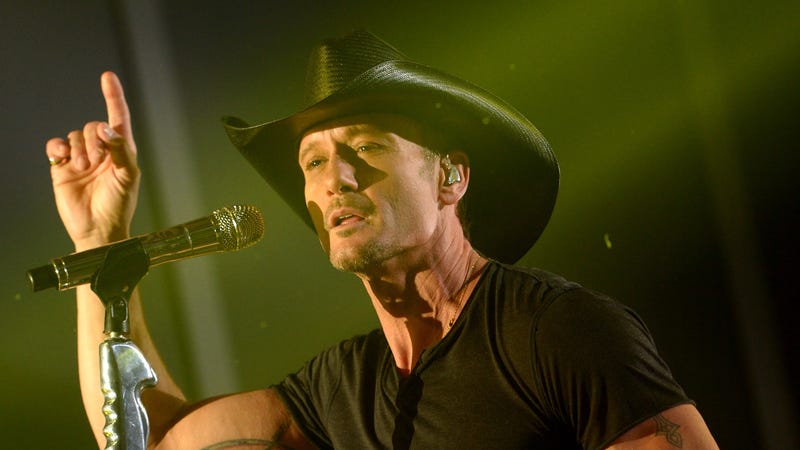 A Country music staple since the early '90s, GRAMMY-winning singer Tim McGraw is currently celebrating another hit with his single "7500 OBO" climbing the charts, helped in part by the track's music video featuring his daughter, Audrey.

Released as part of his 2020 album Here On Earth, McGraw feels blessed to have the song strike a chord with fans while also working its way towards the top of the chart. "It's always exciting, it never gets old," Tim admits. "You never take it for granted either. You never know when the last one's gonna be, you know? So every time you have one, you cherish it, and you're thankful for it, and you're grateful for it, and for all the hard work that everybody that's involved in my career puts in. It's not just me singing the song, there's a lot of people involved. I'm always excited for that to happen and excited for everybody that works for me, because it's a homerun for everybody."

The track has even become a family affair, as Tim's daughter, Audrey, made her acting debut in the music video -- although as he tells it, she was likely embarrassed by dear ol' dad when he instinctively yelled "cut" really loud as she was doing the kissing scene! "It was awesome... she's such a poised young lady. She's my youngest, she's 20-years-old, and she showed up and just nailed it. She was so natural and did everything so well."

"She's an actor; I mean, that's her gig, that's what she wants to do," Tim adds. "Just like all actors she's out there working and auditioning, and looking for a role." He's pretty certain though that she won't be asking him to hang around any romance sets. "Gosh, I don't even wanna talk about that!"

Listen to the full interview with Tim McGraw above, as Mo & StyckMan play a quick round of Wikipedia Fact or Fake, and stay tuned for even more conversations with your favorite stars and artists on Audacy.

While you're in the mood, browse and favorite some of our all-new Country stations curated for fans, by fans like Tim McGraw Radio, Audacy New Country, Tailgate Crashers, Jake Owen's Tiki Tonk, Country Edge, and Katie Neal's Leading Ladies for the best from the female side of Country music.