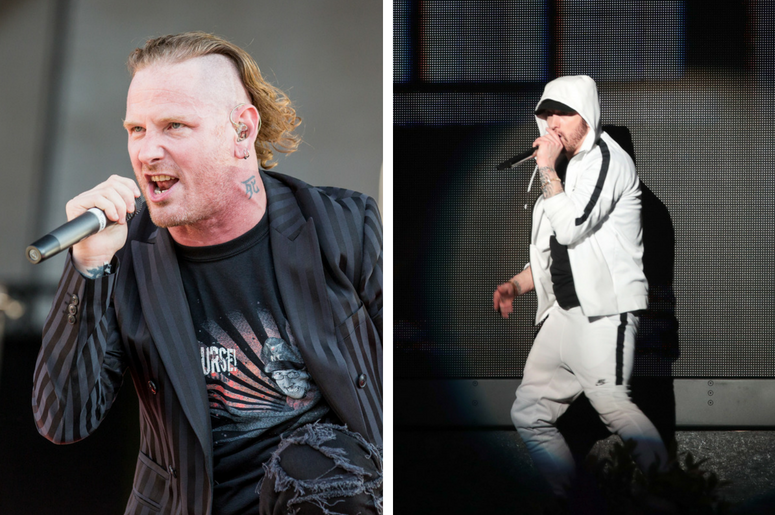 Slipknot's masked mastermind Corey Taylor may be a total badass, but he's kind of acting like a little girl when it comes to Eminem.

The idea of the two trading some stuff back and forth first surfaced during a 2016 interview with Taylor -- and, of course, we all lost our freaking minds. What's not to want about that collaboration? Problem is, it never went anywhere. Two years later, here we are, Corey is back at it. Only this time, he's going right to Em...'s Twitter.

In response to a tweet about Eminem being unrecognizable these days, ol' Grumpy Banana Basket replied:

This is because most people are fucking stupid. https://t.co/We7z4UunME

In response to that one, another fan asked if Taylor was still interested in getting together with Slim Shady. And here was his response:

So, we want your take. Let us know in the poll below if you want a Corey Taylor/Eminem collaboration or you think that might suck too much for your ears: