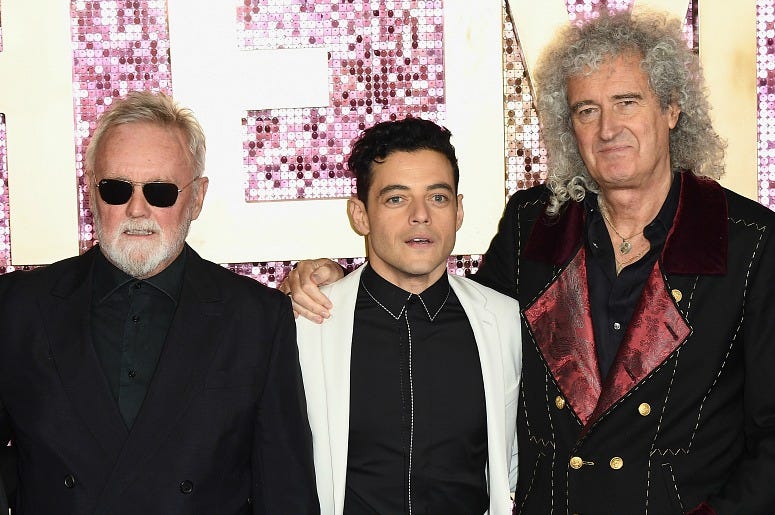 They are the champions, of the box office.

After a fifth week in theaters and another 8 million dollars, Bohemian Rhapsody is now the biggest music biopic ever. Two weeks after topping Walk The Line, the story of Freddie Mercury and the rise of Queen has stepped ahead of Straight Outta Compton to claim the top spot as the highest-grossing music biopic of all time. After initial directorial issues and bad reviews, the film has been celebrated by music fans and praised for Rami Malek's performance as the captivating but troubled frontman. Overall the film has made 539 million dollars worldwide, with 164 million domestically being just enough to knock the N.W.A. origin story from the number one position.

With that success, it only makes sense that the show must go on.

Monday morning, Queen announced that they will return to the road for a US tour in 2019, as original members Brian May and Roger Taylor will once again team up with Adam Lambert for a brand new "larger-than-life production."

“This is a great opportunity. Our last tour featured our most ambitious production ever, and got us our best notices ever. So we decided to rip it apart and get even more ambitious" explains guitarist Brian May in a press release. "Watch out, America!"

The Rhapsody Tour kicks off in July of 2019, and is said to feature a "stage show as experimental and rule-defying as the hit-packed Queen back catalog."

Tickets go on-sale Friday. You can find the full list of dates below.