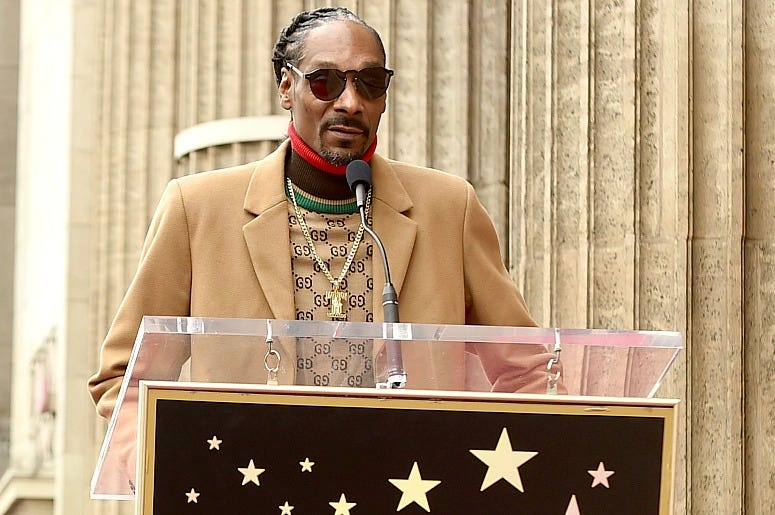 It has been a weird and wonderful year over at the Hollywood Walk Of Fame. The class of 2018 has been a crazy collection of artists and actors getting their star, ranging from Michael Douglas to "Weird Al" Yankovic. Jeff Goldblum got a star, so did Tracy Morgan, even Simon Cowell got a star earlier this year.

After all of that, it's about time they honor The Doggfather, the D-O-Double-G, big Snoop Dogg. Fo' Shizzle.

On Monday, Snoop was honored by Jimmy Kimmel and Dr. Dre in a ceremony presenting the MC with a star on the Hollywood Walk Of Fame. It's the latest in a Snoop-sized 2018, in which he celebrated the 25th anniversary of his debut album and the release of his very first cookbook. During his speech, he took a few moments to thank the person most integral to his success. Snoop Dogg.

Also in attendance were Quincy Jones, 2 Chainz, Pharrell Williams, Ty Dolla $ign, Warren G and several other famous faces. You can watch the full ceremony below.