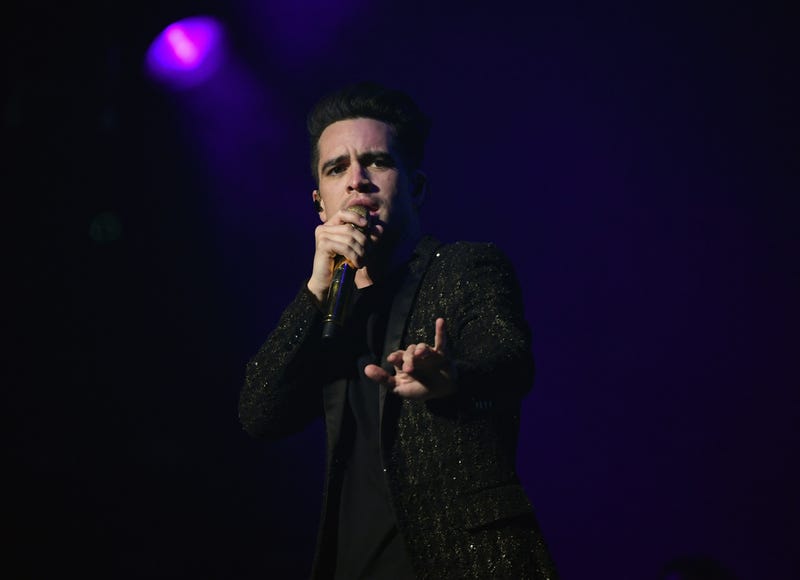 From taking to Broadway to star in Kinky Boots to earning the current No. 1 radio song with “High Hopes,” it’s hard to name something Panic! At The Disco's Brendon Urie can’t do.

As Rock Sound’s artist of the year, Brendon Urie dished to the outlet about some of his dreams and potential plans for the future. Those high hopes included releasing a metal project and telling the band’s origin story through a Broadway-style musical- both of which we’re so here for.

"After talking to various people within the theatre industry it seems as though it would be very feasible for us to put together, and most importantly it would be a lot of fun,” he told Rock Sound of his idea for a “theatrical and outlandish” musical.

Continually crossing over between alt and pop, the fearless artist mixes in styles from tons of other genres into his music. Including metal. Along with sporting an Every Time I Die tattoo on his arm, his love for metal was hinted at through a hilarious series of Vines called Positive Hardcore Thursday.

Apparently, he even wrote a short metal version of Vices and Virtues’ “The Calendar” years ago and teased that he may put it on Soundcloud soon. Please do it! Click here for more info on his Rock Sound feature.

In our exclusive interview, Brendon dove into stories behind their latest album. Although Pray For The Wicked isn’t metal, it is an incredible album with a lot of themes to unpack.